NPL Victoria star Liam Boland believes it would be "crazy" to force NPL clubs to play twice a week in order to finish the season on time - if indeed the league returns in the next few months.

In an encouraging sign, Football Victoria stated this week that clubs should start to prepare for the resumption period.

Scenario planning is in place which will be shared with the clubs by the federation when the resumption date is clearer.

However, speculation has been swirling on NPL player chat groups that if the league was to resume, players would have to play two games a week each week in order to finish the season in good time. 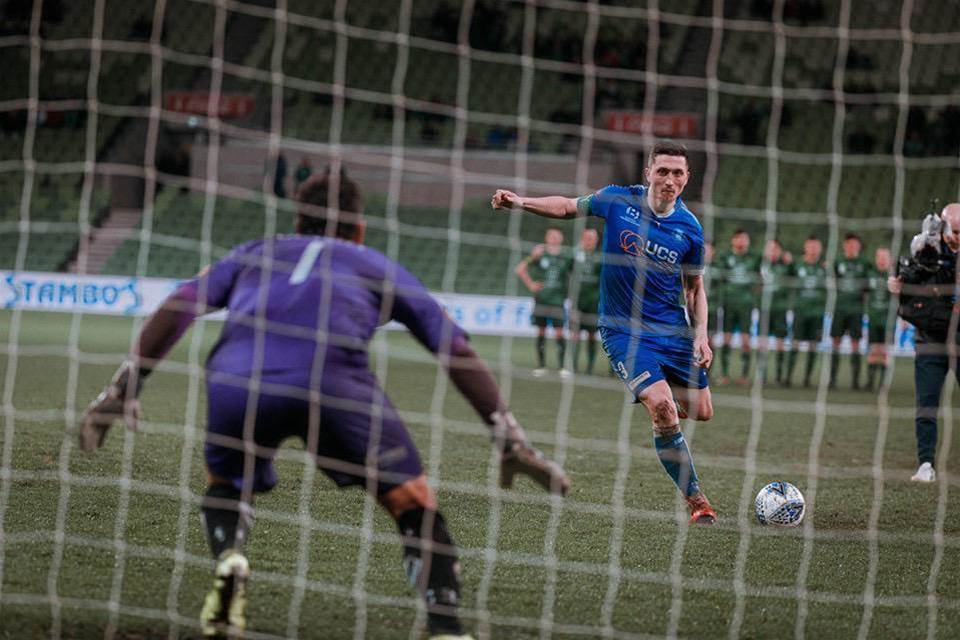 Boland, the Avondale striker famous for his spectacular FFA Cup goals, had a blunt response to that potential plan.

“It would be crazy,” he told FTBL.

“If we returned in June, I’m hearing it would be action-packed with maybe two games a week.

“Which is just crazy."

NPL Victoria played five rounds before the COVID-19 restrictions around football activity were put in place.

Boland, 28, said the players would ideally need around a month’s pre-season to prepare for the resumption of the league.

“We don’t have these massive squads that professional leagues have and massive medical teams and recovery facilities.

“We do the best with what we’ve got.

“To go back and play two games a week after not having a full pre-season - let’s be honest by then not everyone will be in peak condition - it’ll be crazy.

“If it goes to two games a week I just don’t think that’ll be sustainable for a lot of clubs, with the players being able to back up consistently.

“You can do it every now and then but each week? The players will risk injuries. It’s crazy.”

It’s a tricky situation right now, given the current NPL season could potentially creep into the next pre-season which will have a knock-on effect for season 2021.

“For the players’ sake, I just hope it’s done the right way," he added.

"If we have to postpone next season by a month, then it’s probably the smartest thing to do, to spread the games out over a decent amount of time.”

Boland added that if the NPL did return before other football leagues, it could take advantage and find a new global audience.

“Football Victoria has done a great job in streaming the games and if we’re one of the few leagues on, and with the lack of televised sport, you’d get a lot more fans watching.

"But who knows. There are a lot of scenarios. And it has to be done the right way."