On the eve of the 2020 season, NPL Victoria side Avondale FC have been heavily sanctioned by Football Victoria over 'NPL licence agreement violations'.

In a Wednesday night release, Victorian football’s governing body confirmed a “detailed investigation” had found the club had violated conditions of its NPL licence agreement in both 2018 and 2019.

As a result, the club – which plays out of the Reggio Calabria Club in the Melbourne suburb of Parkville – has been hit with heavy fines both immediate and suspended, points deductions and a demand to return $30,000 in prize money from 2018 and 2019.

The nature of the licence breaches committed by Avondale were not revealed in the FV release.

Avondale cooperated with FV over the course of the investigation.

Handing down their findings, FV also warned all other NPL VIC clubs to do their own internal audit of their own licencing compliance - flagging potential spot checks throughout the season.

Avondale FC made headlines in Victorian football across the 2010s with their meteoric rise through the state’s pyramid – going from the sixth tier to the NPL top-flight between 2009 and 2015.

In 2018 and 2019 - the years the club has been sanctioned for - they reached the NPL Victoria Grand Final, defeated by Heidelberg United and Bentleigh Greens respectively.

The Avengers gained Australia-wide attention when they qualified for the national stages of the FFA Cup in 2018, advancing to the quarterfinals before being eliminated 4-2 by Sydney FC.

Their Round of 32 fixture against Marconi that campaign was notable for featuring the infamous moment where the club, which is of Italian origin, was forced to put tape over a small Italian flag on the back of their collars.

The moment served as a flashpoint in the debate that eventually led to the abolishment of the controversial NCIP program.

Avondale is set to commence their 2020 NPL Victoria season on Thursday night when they open the season against Oakleigh Cannons at Jack Edwards Reserve.

Avondale was approached for comment for this article and a FV spokesperson declined to make further comment. 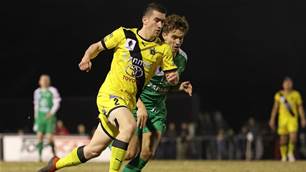 Football Victoria to stand-down over 50% of staff