AAFC Chairman Nick Galatas has confirmed the inaugural 12 clubs in the National Second Division won’t necessarily be drawn from the NPL1 competitions around the country.

At present there are 85 NPL1 clubs and 222 clubs from all NPL tiers, across the eight member federations of Football Australia.

There are 32 clubs that have signed up to be part of the ‘Championship Working Group’.

“On our model, applications will be open, based on criteria, so a team, or amalgamation/partnership of teams, from wherever, can start if they are preferred based on EOI,” said Galatas.

“We think most places will be filled by existing NPL1 teams but it's not closed.

“Remembering always, this is our model and we aren't the governing body. FA will be the ultimate arbiter. Our role is to inform FA of the best available options our clubs can deliver.

"And the best one, in our present view, is the one outlined in our Progress Report.”

There is expected to be much debate when the time draws near as to which clubs will be selected.

Lesser known clubs like Hume City, Bentleigh South Hobart and Perth SC will also have their say as the time draws near.

The NSD is planning to expand to 16 teams and have promotion and relegation with a revamped NPL system by 2025.

When asked the timeline for when the NSD’s inaugural 12 clubs will be selected, Galatas confirmed that Football Australia will have the final say.

He added: “After the model is approved by FA and a formal EOI goes out, I would expect.

"But it's not anticipated AAFC will be doing that - more likely it will be FA.” 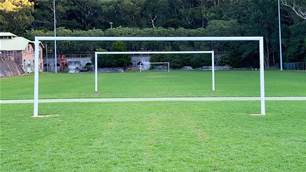 Will a NSD raise or cut the cost of grassroots football?