The business end of the 2020 NSW African Cup kicks off this Saturday with some exciting quarter finals action at the Wanderers Football Centre in Rooty Hill.

With defending champions Mali missing out on the knockout stages, the race is wide open for the 2020 crown.
In the first quarter final on Saturday, new favourites South Sudan tackle giant killers Egypt at 11am.
South Sudan beat Zimbabwe 2-0 last weekend to go through the group stages undefeated. They won Group B convincingly ahead of Ivory Coast, who snuck into second place and the quarter finals on goal difference from an unlucky Zimbabwe. Ivory Coast smashed São Tomé 15-0 on Saturday to book a place in the knockout stages.
The Egyptians thrashed Chad 16-0 in their final group game to seal a second place finish in Group A. Egypt’s 2-0 win over Mali last weekend proved decisive, with Mali going down to eventual Group A winners DR Congo 2-1 in a thrilling finale to the group stages.
Unbeaten DR Congo will meet Ivory Coast at 3pm in the third quarter final.
In the second quarter final at 1pm, 100% Sudan will entertain the enigmatic South Africa. Sudan tuned up for the big clash with an exciting 3-2 win over Cameroon to win D, Sierra Leone came second in the group after a vital 3-1 win over Tanzania.
South Africa beat Cape Verde 4-2 to move out of the tough Group C.  South Africa, Cape Verde and Ghana all finished on six points. Ghana won the group after a 5-0 drubbing of Senegal put them ahead of the other two on goal difference. Cape Verde had a better goal difference to South Africa but the South Africans finished second due to the head-to-head rule.
Ghana will play Sierra Leone in the final quarter final at 5pm.
The partnership the tournament has with the Western Sydney Wanderers will bare fruit in the coming weeks, with some future stars getting the chance to impress the Wanderers coaching staff who will be present at the Final on December 12. The Final will coincide with the Wanderers friendly against Wellington Phoenix which will be played at the same venue on the same day. 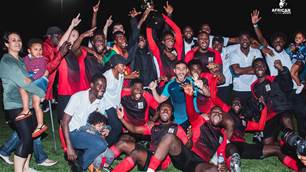