Newcastle striker Roy O’Donovan has been hit with a two match ban following his send off in the Jets stirring 2-1 win over league leaders Sydney FC on Saturday.

O’Donovan was red carded in the 14th minute for what looked like a right-handed slap to the face of Sky Blues defender Jordy Buijs.

But Buijs’ pitch-rolling immediately following the contact didn’t go down well with many A-League fans.

Reduced to 10 men, the Jets went onto win the clash thanks to a stellar defensive effort, penalty by Dimi Petratos and long range rocket from Andrew Nabbout after Bobo equalised, in one of the games of the season.

The two match ban is the minimum sanction for the offence. The Irishman has until midday tomorrow to appeal the ruling, otherwise he will be available for selection in Round 25's home game against Melbourne City.

Newcastle will also be without striker Nabbout who has signed with J-League club Urawa Red Diamonds. Coach Ernie Merrick is expecting a return to action next week for imports Ronnie Vargas and Patito Rodríguez to cover the team's attacking losses. 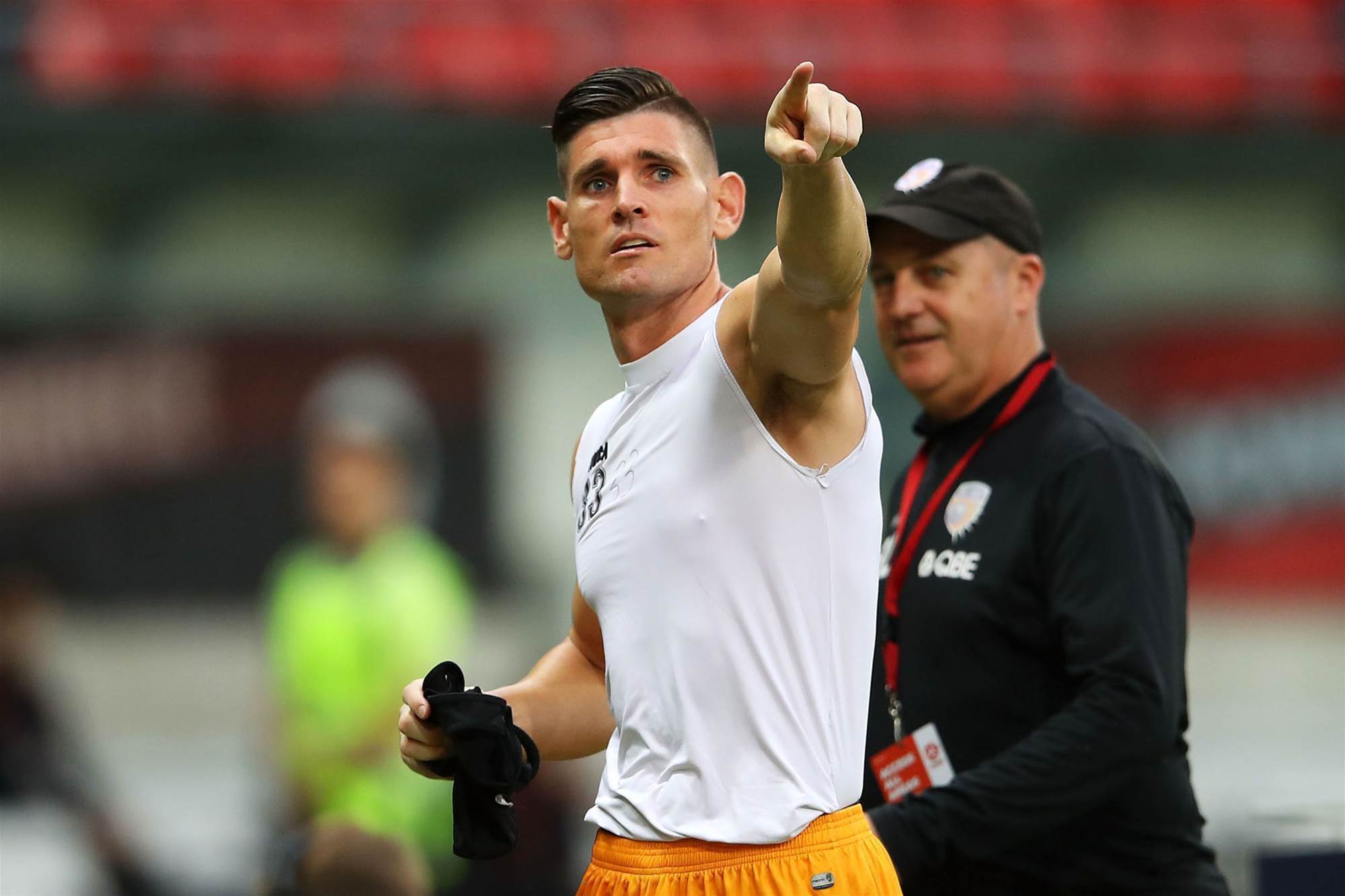 Meanwhile goalkeeper Liam Reddy will serve a minimum one match ban after he clashed with Jaushua Sotirio on the edge of the box on Sunday.

The Perth Glory custodian stuck out a leg, which Sotirio appeared to tread on before hitting the turf in the 1-1 draw with Western Sydney Wanderers.

The incident occurred in the 87th minute of the Spotless Stadium match, and with all subs made Glory's veteran defender, Dino Djulbic, filled in between the sticks.

The MRP determined that Reddy had committed the offence of “denying the opposing team an obvious goal-scoring opportunity”.

Glory coach Kenny Lowe had a different take on the incident: "He (Sotirio) stepped over him, that's what Liam said. I thought the flippers, goggles and snorkel might have given it away.

"Fair play to the kid, he's trying to get his team to win, you can't fault that. It's football but you've got to pick it up, especially when you have another look on the video."