Melbourne Victory have yet to win a game this season but Brisbane Roar striker Roy O'Donovan insists they remain a dangerous team.

Victory have had a loss and a draw under new coach Marco Kurz.

Brisbane host Kurz's men on Friday and O'Donovan won't be underestimating them.

"They’ve got a new manager, they’ve changed style, they’ve got some new players but they’re one of the biggest clubs in Australia for a reason," the striker said.

"They’re a tough task for any team and it’s going to be no different this weekend."

O'Donovan will play his first game as a Roar player at Suncorp Stadium on Friday.

"I’ve been here a couple of times, especially a few years ago with the Mariners you don’t get a touch of the ball for 70 minutes," he said.

"In humid conditions with a big pitch it starts to feel a lot bigger by the 90th minute. It will be nice to be hopefully on the right side in orange this time around."

Brisbane opened the season with a 1-1 draw with Perth Glory.

The Irishman saw some good signs from his new side in round one.

"We have to start a bit better than we did against Perth," he said.

"But after that our ball possession was really good. We tried to create chances. Perth Glory had to defend very deep, which is a real plus for us." 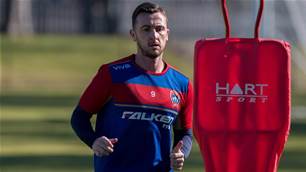 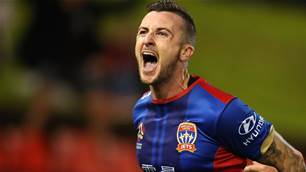