FFA Cup semi-finalists Canberra Olympic coach Frank Cachia has brushed off criticism that his side is yet to face an A-League opponent on its dream run.

The ACT champions will face an A-League opponent for the first time in Wednesday’s semi-final against an in-form Sydney FC at Viking Park.

Olympic, who are celebrating their 60th anniversary this year, have beaten Surfers Paradise Apollo (1-0), Redlands United (2-0) and Green Gully (1-0) on their way to the semi-final, with all three games played at home.

The latter two NPL clubs were responsible for producing two huge upsets, knocking out A-League duo Adelaide United and Central Coast respectively in the Round of 32.

“We’ve played two teams who’ve knocked off A-League sides, so you can only play what’s in front of you.

“Had we drawn an A-League side earlier, of course, we would’ve appreciated the opportunity to go head to head with them.

“It’s one of those things. We’ve played what’s been put in front of us.” 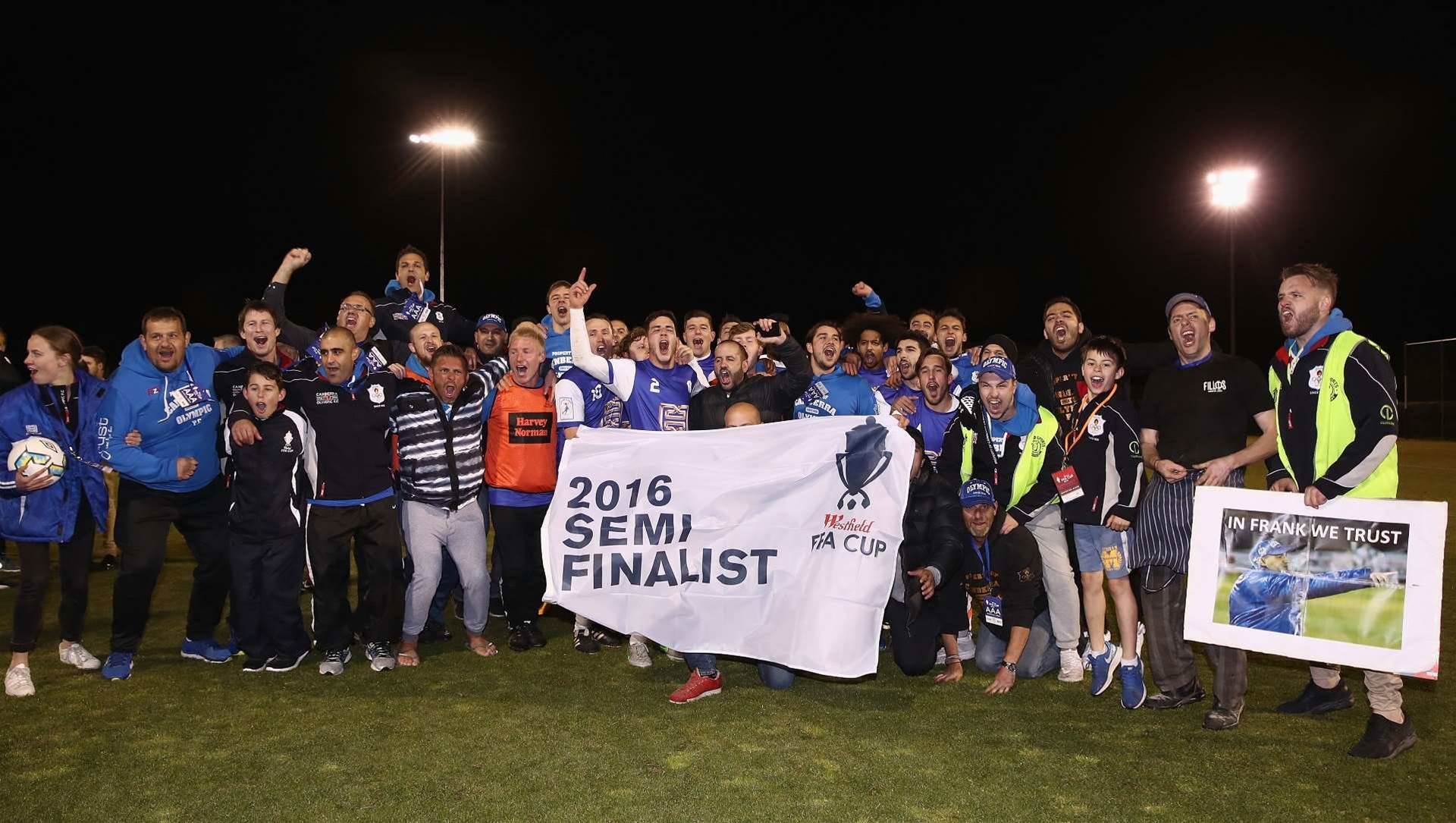 Cachia revealed the playing group had been spurred on by the club’s anniversary to create a legacy as Olympic’s greatest ever side, which might provide extra motivation.

“When we started on a bit of a run and it looked like we were going to win one or two (local) trophies, I said ‘it’s the 60th year, you want to be remembered as the best Olympic side in our 60 years. Have a legacy’,” Cachia said.

“We gave them a bit of a task but no one expected this. It’s great.”

Cachia acknowledged Sydney represented a whole new challenge for his side.

“The sides that we’ve played, with all due respect, have still been NPL sides, so you give yourselves a chance where you can expose some weaknesses.

“When you’re playing an A-League side at the calibre of Sydney FC, you know they’re not going to have the weaknesses that other sides have and the strengths that you have are going to be nullified.

“You do what you can to get the most of your performance.”

The Olympic coach added that there was a simple message if players needed any extra motivation.

“You’ve got to send a message to your boys that it’s all about the performance,” he said.

“You’re on a national stage. You’re playing against players who you’ve watched on TV.

“Anyone that’s pulled on a boot at some decent level like these guys have all had aspirations to end up where the Sydney guys have.

“It gives you an opportunity to pit yourself against someone who is in the position you want to be, so prove something.”