This 2022 Asian Football Confederation U23 Asian Cup will end up with the Olyroos vying once again for third place.

The Olyroos have one final match to dispute as their 2022 AFC U23 Asian Cup comes to a close.  They will meet Japan in tonight's third-place match.

The road to this third place game started with Australia topping Group B of the competition.   A 2-0 win against Kuwait was followed by a 1-1 draw against Iraq.  The Olyroos finished the group stage with a 1-0 win against Jordan.

They then progressed to the knockout stage beating Turkmenistan 1-0 in the Quarter-finals.  This was followed by a 2-0 loss to Saudi Arabia in the Semi-Finals.  An early goal by Saudi Arabia, a missed Australian penalty and a red card to Jay Rich-Baghuelou were too much of an uphill battle for the Olyroos to overcome.

Denied at the second-last hurdle by Saudi Arabia.

After the match, head coach Trevor Morgan spoke of the missed opportunities and future prospects of his side:

“The game was very winnable and before we went a man down, we made a tactical change and it certainly caused problems for our opponents.

“If we had scored that penalty, we certainly had a chance to make something out of the match, which was at its tail end. Obviously we should convert our chances better and stop the goals from coming in.

“There are many things we have to improve on in order to reach the final. We have to play better football. We were not very clinical at the beginning of the match. We’ll come back and win this tournament.”

Morgan's side will now meet Japan this evening at 11pm AEST.

Here is when you can watch our #AFCU23 Third Place play-off tonight!

This will be the second U23 Asian Cup in a row where the Olyroos will dispute for third place.  Australia beat Uzbekistan 1-0 in 2020 to win the Bronze in Thailand. 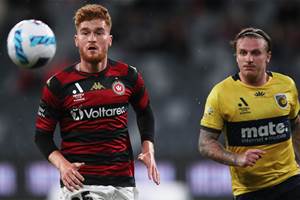 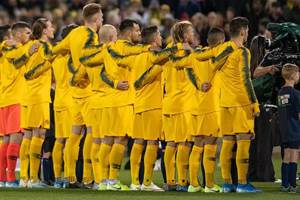 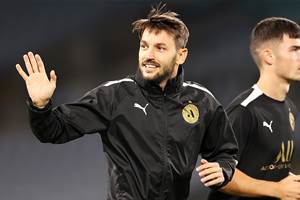