Optus have announced that they have made Optus Sport available for free to all Australians until 31 August.

The decision has been made "as a gesture of goodwill," as part of a move by the network to salvage their reputation following widespread outcry over the reliability of their streaming service during the World Cup.

Chief Executive Officer Allen Lew insisted the technical issues have plagued Optus' coverage of the tournament thus far are now resolved, and that they now want Australians "to be able to experience the content we have on offer."

Earlier today, SBS announced that they will be simulcasting every match for the rest of the group stage in Russia. The network had initially stepped in to cover the last two days of the tournament after a torrent of complaints from customers towards Optus over the weekend as the problems came to a head.

"Since Monday, Optus has delivered the last six matches without issue," said Lew.

"This has provided the confidence we needed to reassure the Australian public that we have addressed these issues ad that our efforts have worked.

"As a gesture of goodwill for Australian fans, Optus will also simulcast the group matches of the 2018 FIFA World Cup in conjunction with SBS through the Group stages."

The company say that any customer who purchased an Optus Sport subscription for the World Cup will be provided a refund.

"I have conviction in our content strategy and Optus will not waiver from our pursuit of this strategy. We appreciate customers have given us another go and invite those to tune in for tonight's games," added Lew.

The end-of-August date means that, beyond the World Cup, fans who take up the offer will be able to watch the first three rounds of the 2018/19 Premier League season, for which Optus also holds broadcast rights.

There are a number of high-profile matches scheduled for August, such as Arsenal v Manchester City on the opening weekend. 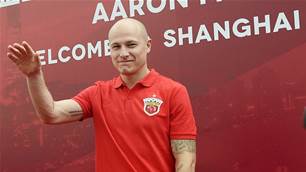