Newcastle Jets coach Ernie Merrick has admitted the dream of fairytale back-to-back Grand Finals has gone...and they won't even make the top six this season.

The 4-2 defeat to Wellington Phoenix at the weekend has left the Jets needing to win every one of their four remaining games and still hope rivals stumble and lose on the run-in...and Merrick knows that's just not going to happen.

"We haven't got much chance of making the finals," said the downbeat Scot today. "We're certainly going to do our best and win all four.

"But when you're in the situation that you're waiting for other teams to lose matches, I don't think you're in a good place.

"I can't see anyone losing two more games than us."

He added: "I don't think we're going to make the finals and we're very disappointed by that.

"We feel we've let the club down, the fans down, our supporters down...but we're going to work very hard to build a stronger team for next season."

Merrick reflected on the rollercoaster last few seasons of the Jets where they have gone from wooden spoon in 2017 to 2018 Grand Finalists to now not making the 2019 finals.

He blamed this season's failure on injuries and a lack of firepower in front of goals, a problem that has haunted the Jets since the departure of Andrew Nabbout last year. 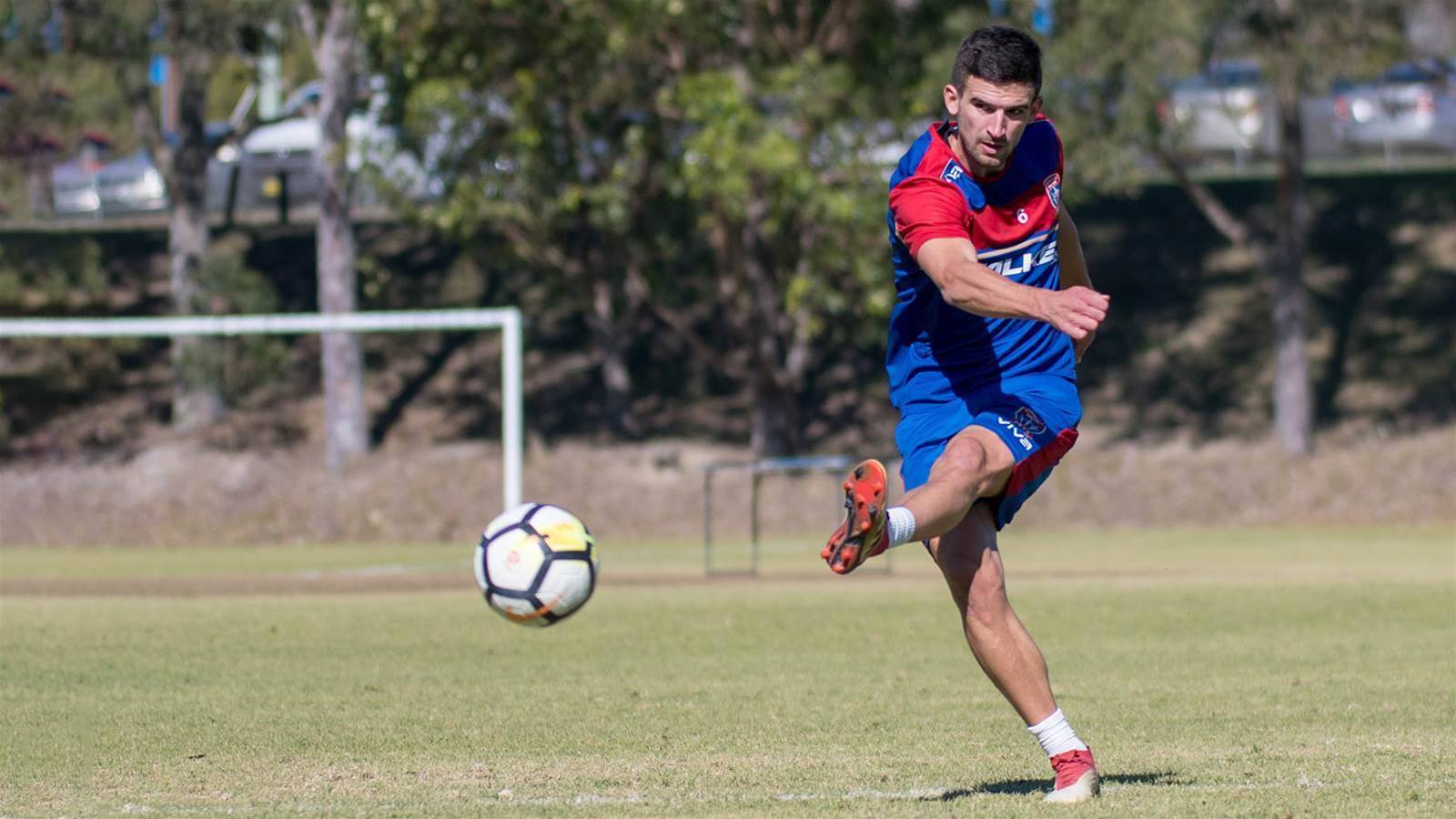 "The biggest problem we have had all year is scoring goals," he said. "We've had a lot of strikers. We did enough to create enough chances.

"I think we've had more shots on target than any other team in the league, but it doesn't help when you lose Joey Champness for 14 weeks, Roy O'Donovan for eight, Ronnie Vargas for five, Jason Hoffman for seven weeks.

"We've struggled to have a good forward line that's consistently there, scoring their chances...but we haven't taken our chances."

Merrick stressed he was not just blaming his strikers but said the side needed goals from all parts of the pitch - midfielders and defenders as well as from deadball situations. The goal drought meant they have scored just half as many as they did last season.

He added: "I's been one of those years when nothing seems to go right for us. And I take full responsibility for that."

Jets now look set to give youth a chance as they plan their rebuild for next season and groom some of their rising stars for possible A-League roles next season, starting with this weekend's game against fellow strugglers Western Sydney Wanderers.

"We'll be looking at some of our youngsters," said Merrick. "We have 17 players signed. Out of those 17, the average age is pretty young and up and coming.

"We have five junior internationals and a Kiwi international – and those youngsters will now start to get a run, like Angus Thurgate, Jack Simmons, Joey Champness.

"We've got some good quality youngsters coming through. We're in a good position. There's a lot of good young talent here.

" We are where we are so that will be a real focus on pre-season training."