Julian Zipparo is regularly one of the highest placed FF managers in the official Premier League Fantasy Football game every year, and he's going to help you pick the perfect team, player by player.

Chances are that the first players you select for your 2016/17 fantasy team will not be goalkeepers, but if you get them right from the outset it will be a valuable differentiator for your team, and will save you from using up precious transfers during the season. The debate many managers have is the choice between two combinations: a more expensive heavy-hitter who plays most if not all weeks, coupled with a back-up who is cheap bench fodder; or two relatively budget keepers whose fixtures rotate well and who allow you to field a keeper playing at home the majority of the time. The stats show that the high priced options aren’t always the best choice. Last season, two of the top three keepers in overall fantasy points started out at a price of just £4.5m, with one coming from a newly promoted Championship team. 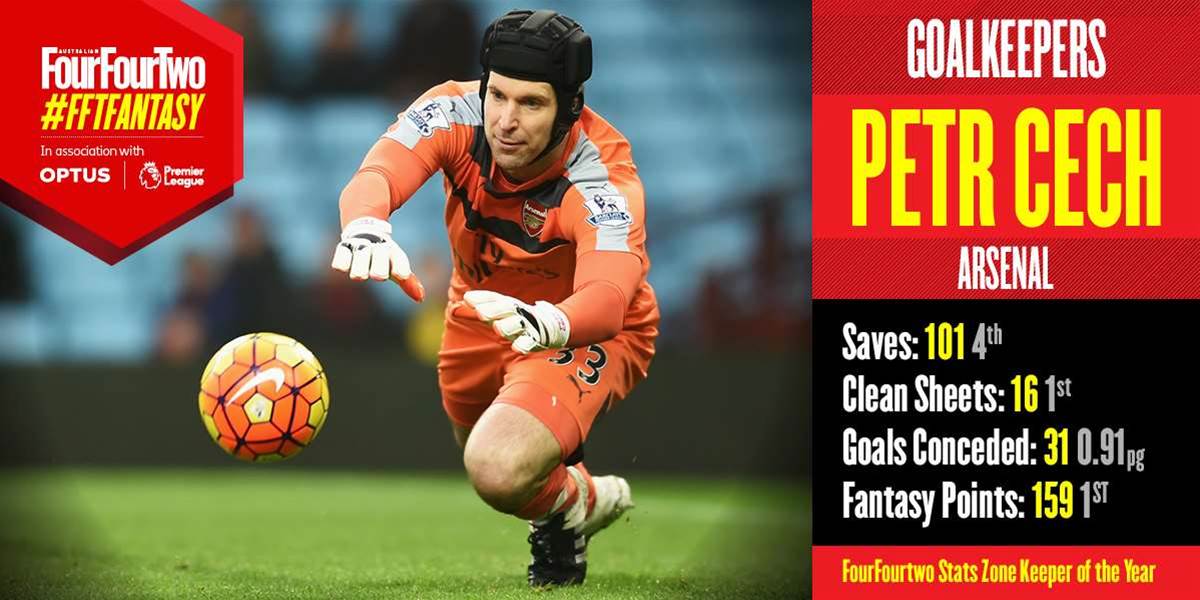 If we remove the 2014/15 transitional season at Chelsea, Petr Cech’s reliability as a fantasy football pick goes all the way back to season 2006/7. Since then, he has consistently delivered around 15 clean sheets and an average of ~150 fantasy points per season. Last season he ended with the highest points per game ratio of all the playing keepers (4.7ppg), was number one keeper for bonus points (15), clean sheets (16), total points (159), and no surprise, ownership (25.3%). Playing for an Arsenal team that conceded the fewest number of big scoring chances over the season (38), all the stats point to the FourFourTwo Stats Zone Keeper of the Year potentially being as good a buy for you (if you are going for the premium option) as he arguably was for Wenger. 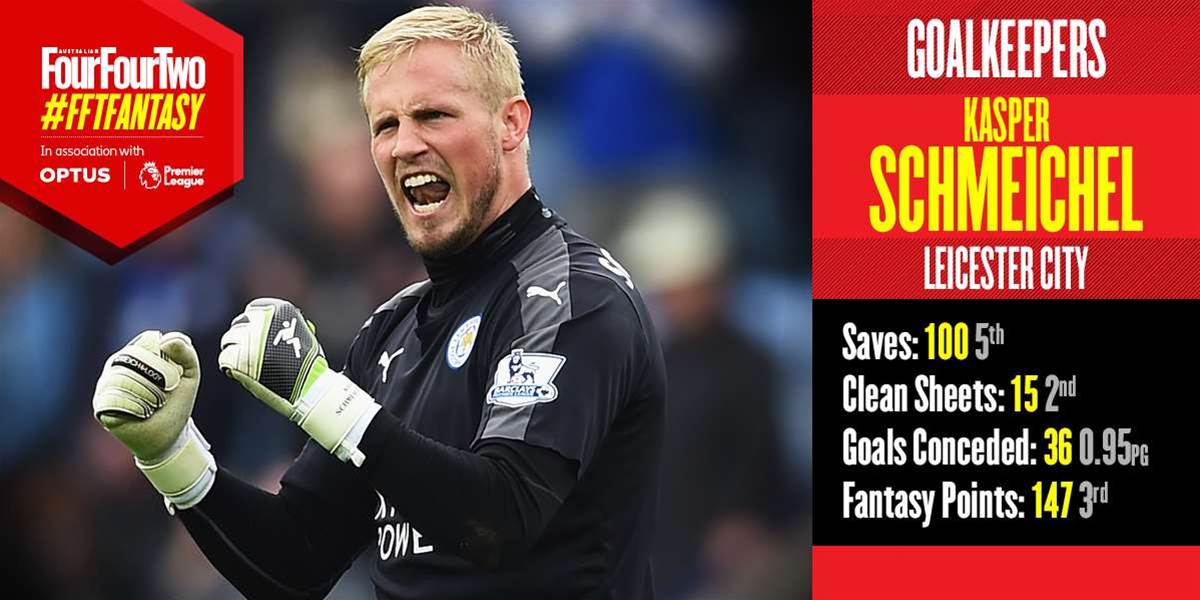 Unfortunately for Mark Schwarzer, Kasper Schmeichel played every minute of every Premier League fixture for Leicester City last season. It was a slow start however, conceding 5 goals to Arsenal in gameweek 7, by which time many early investors had moved him on. It took until gameweek 10 before he finally registered his first clean sheet, but what followed is the now well-known fairytale ending which included pizza from Claudio Ranieri, and a run of 7 clean sheets in 10 games. He ended the season tied for second in clean sheets (15), and the third highest scoring keeper in the game (147). Interestingly, he led goalkeepers in key passes for the season (5), though take that with a grain of salt, given that only Lukasz Fabianski and Jack Butland managed unlikely assists from between the posts. 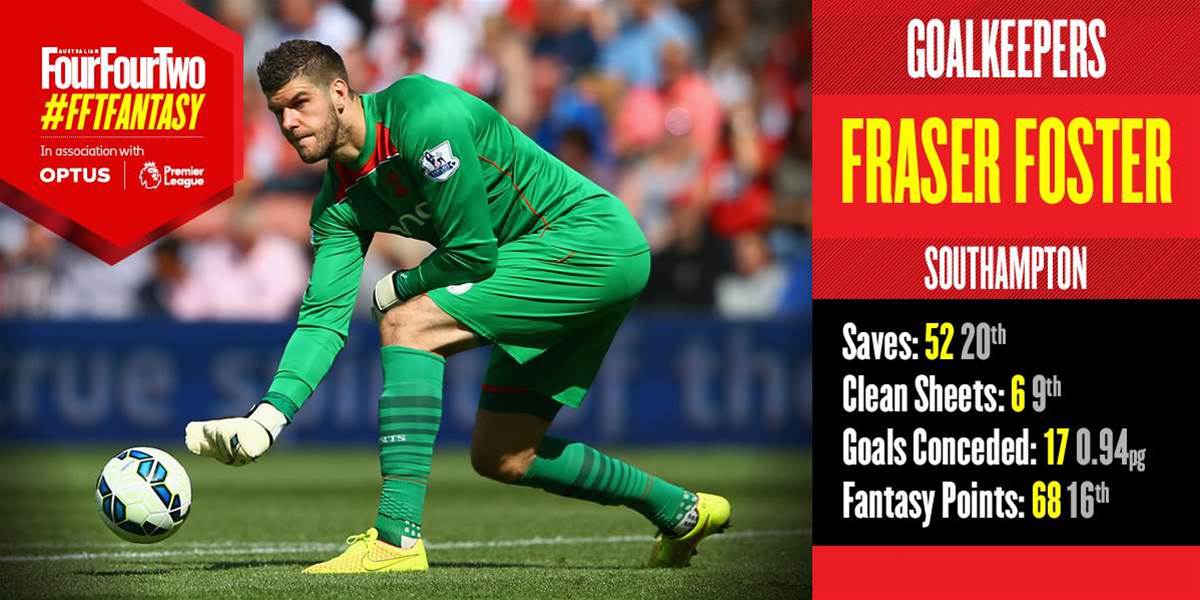 When Fraser Forster took the Southampton gloves back from Maarten Stekelenburg in January, he immediately delivered six clean sheets in a row, before he fell away and he didn’t manage another in his subsequent 12 games. What he showed however was the value of the replacement keeper. While in Fraser’s case it was a return from injury, the guys sitting on the bench are often budget friendly, and ready and raring to prove themselves given an often long awaited chance. If you can keep your eyes peeled and get on board one from a top club when the number one choice becomes unavailable, you’re onto something. 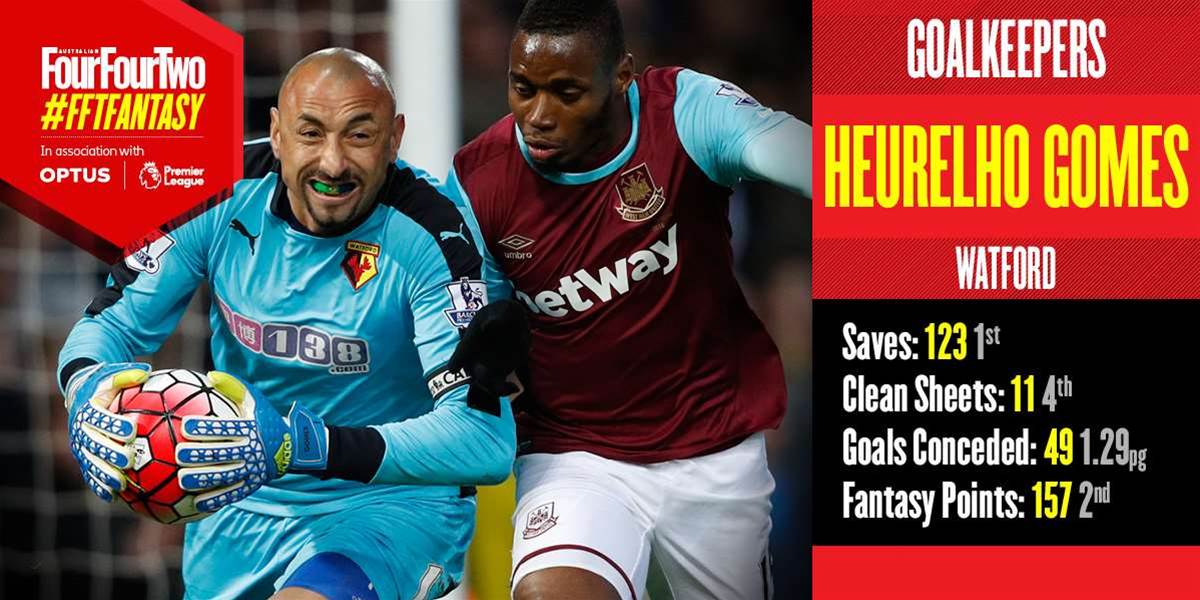 Arguably no keeper worked harder for fantasy teams last season than Watford’s Heurelho Gomes. Nobody made more saves (123), and he also ended the season with the most penalty saves (3), the most lucrative reward from players in this position. Two of those rare gems (there were only 11 across the whole league) came during one memorable away trip to West Brom in gameweek 34, rewarding owners with a massive 19 points. In value per pound terms he finished the top keeper (30.8ppm), and with around half the ownership, he got to within two points of Petr Cech’s season high points total (157). Keep in mind however that 8 of his 11 clean sheets came during home games, he managed only 3 from his 19 away trips. Watford finished the season conceding the 5th fewest goals at home, but the 7th most away, showing just how important rotation planning is if deciding to take the cheap keeper option.

Middlesbrough, Burnley and Hull all gained promotion on the back of strong defences, managing 22, 20, and 20 clean sheets in the Championship respectively. Clean sheets will be far harder to manage in the Premier League, but Watford’s 2015/16 season shows that a solid cheap keeper option may be waiting to be found from among those teams, who turns into an unexpected source of (at the very least, save) points. We’ll be covering how to select players from promoted teams during coming weeks.

Sign up for Fantasy Premier League here and join the FourFourTwo league with this code: 33199-13777