The 23-year-old came from glamour club Melbourne Victory and is now enjoying regular game time in Gosford starting in all games for the Mariners this season and has scored one goal.

Pain said he genuinely felt Central Coast could make the A-League finals despite finding itself ninth heading into Round 11.

“We know what we’re doing and I think it’s people who don’t have the knowledge and for them it’s easy to throw around their point of view,” Pain told FourFourTwo.

“It’s indicative of the way people think about the Coast since they won the league, they got written off the year they won the title (in 2013).

“It’s part of the psyche that everyone doesn’t back the Mariners in whatever season we’re in, so whether we win or lose every game of the season it’s not really going to change, but for us we keep working.”

The Mariners clash with Brisbane Roar at home on Sunday and will look to send John Aloisi’s men home with their second loss of the season.

Pain spoke of the initial encounter between the pair where the Roar won 1-0 in Gosford, stating the last encounter as the worst performance of the season.

The winger said he was aware of the doubters and dismissive mentality towards the Mariners coming from the A-League’s most successful club.

“We’re only a few points from the six, there’s no reason why we can’t progress… I absolutely believe we can make finals,” he said.

“At the start (of the season) people were saying ‘Central Coast can’t do it’ then we won a couple of games.

“Now automatically people say ‘Newcastle lost a couple, so they won’t make finals’ and now they’re up and about because they’ve won a couple of games.

“You can’t really judge at the end of the season, but we’ll be thereabouts, I absolutely believe we can make finals.”

Mariners coach Paul Okon was looking forward to coaching against counterpart Aloisi drawing experiences from his encounters in Belgium and as a Socceroo captain.

Okon said captain Nick Montgomery is ready to return after being sidelined with a hamstring injury and was confident the Mariners could break down the Roar. 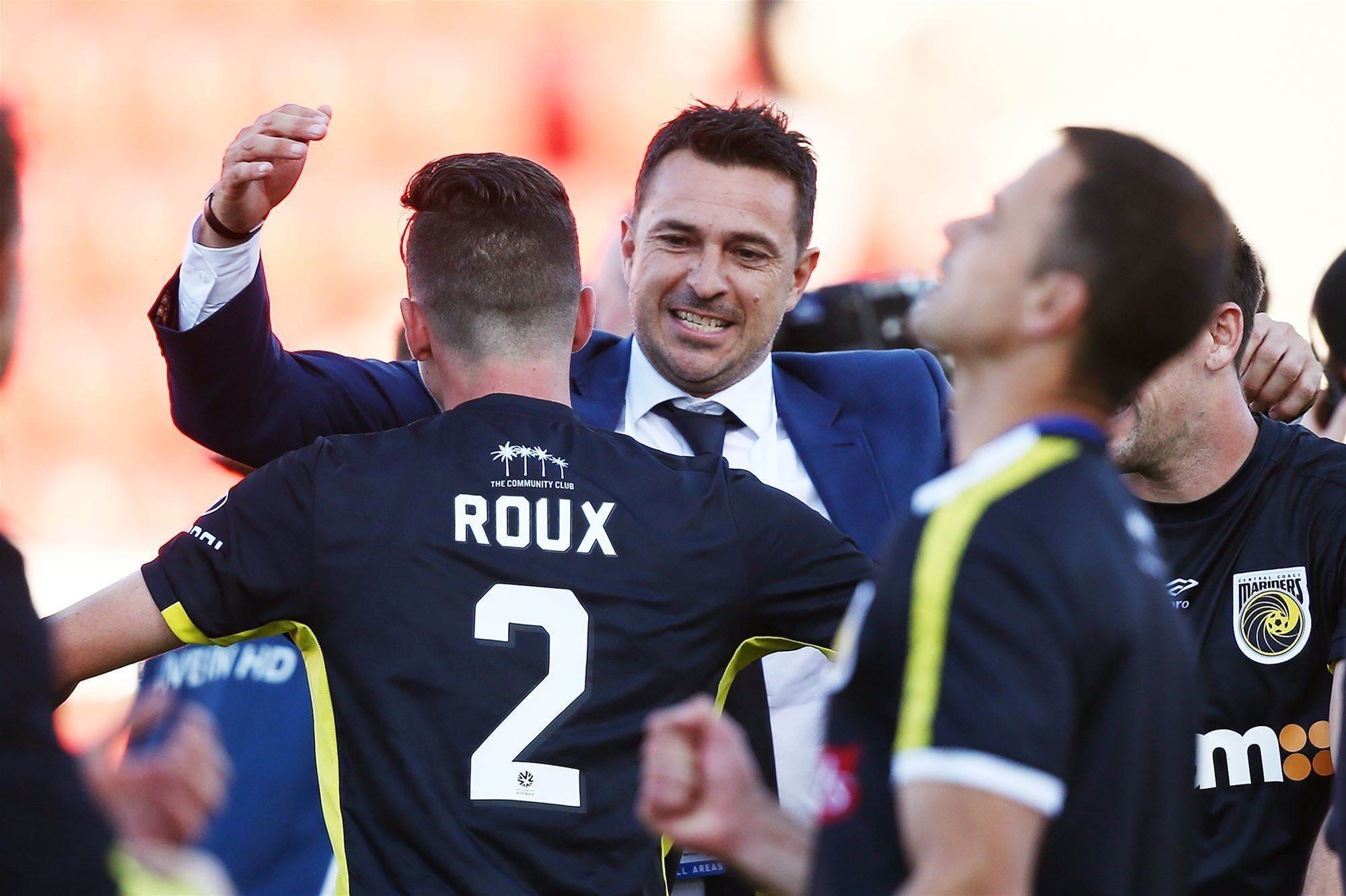 Brisbane come off a 4-0 win to Adelaide United while the Mariners were demolished 3-0 in Hamilton, New Zealand.

“We’ve learnt a lot from our first game in Round 3 (against Roar), where weren’t at our best but we still had opportunities,” Okon said.

“We know if we can perform to the level we know we can and compete for the full 90 minutes and not give away silly goals, then we’re in with a real chance.

“As much as Brisbane Roar is a good team and had good results, we really feel if we can execute what we can then we’re a problem for every team.

“We’re always working on that, we’ve done a bit this week, we’re confident we can be a bit more dangerous in that final third, it’s always going to be a work in progress.”