Milligan, 27, currently in South Korea with the Socceroos at the EAFF Cup, is hot property after establishing himself as first choice Socceroo defensive midfielder.
But reports of a move to join fellow Australian national team midfielder Mile Jedinak at the Palace have been quashed by his reps.
“No bid has been made and at this stage Mark is focused only on Victory,” agent Buddy Farah told au.fourfourtwo.com.
Palace manager Ian Holloway has publicly spoken in the past of his admiration for Australian footballers.
“The information reported is not right and the story is off the mark,” added Farah.
Milligan has recently been linked with clubs in the middle east as well as QPR in the English Championship.
His club coach at Victory, Ange Postecolgou told Fox Sports after Milligan captained Australia in last night’s loss to Japan that the former Young Socceroo star was one of his prized assets.
"He's a contracted player and a very valuable player," said Postecoglou.
"We value him very very highly." 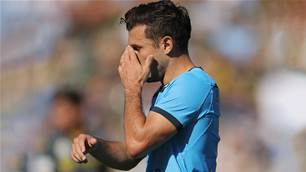 'He is not happy...' - Sydney boss backs struggling striker 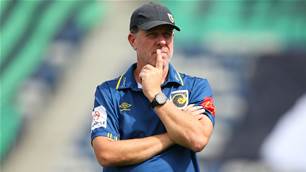 'We're not even halfway' - Finals no certainty for Mariners: Stajcic