A late Brisbane Roar resurgence was not enough to prevent Perth Glory from deservedly taking home the three points.

In a match largely dominated by Perth Glory at nib Stadium, Brisbane Roar were choked of ideas, rarely creating enough of substance to down a strong looking Glory side led by Tony Popovic.

Chris Oikonomidis is a serious contender for a Socceroos bolter spot. With Daniel Arzani likely out through injury, the opportunity for the former Lazio man to present his abilities was tonight, and he no doubt impressed.

Brisbane rarely demonstrated any urgency offensively, struggling to provide workable opportunities for the likes of Adam Taggart and Henrique to create something for their team.

A late resurgence - and red card for Perth - was not enough for Brisbane, despite Henrique and Taggart linking up well (with the latter earning and dispatching a subsequently earned penalty) it was too little too late as Perth kept the three points. 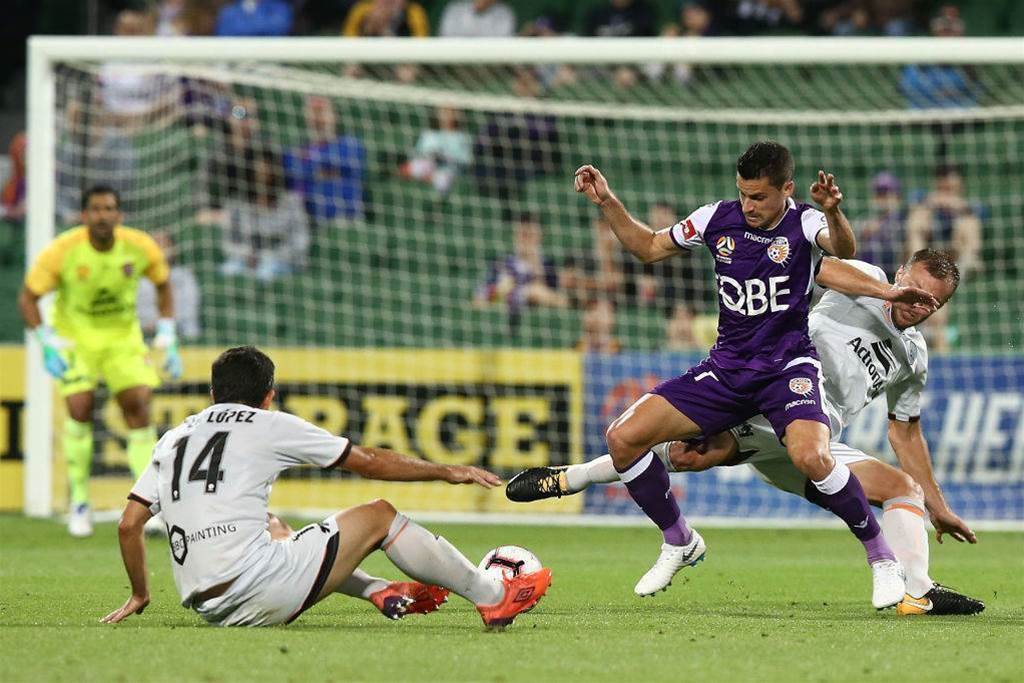 Rarely tested and therefore not given a real opportunity to recreate his iconic run out of goal from a few seasons back. Although, that likely would not be the right way to impress his manager Popovic. Sent the wrong way when facing Adam Taggart’s penalty.

Often given license to dictate play from the defence in a demonstration of his excellent passing range. Had to give away a penalty late on as his side’s simple mistake gave the Roar a chance for some late drama. Earnt a red card for his troubles.

Almost gifted the Roar an equaliser as he intercepted a cross from McKay that nearly found its way in to the back of his own net. A good, no-nonsense showing otherwise.

Rarely untested on the left side as much of Brisbane’s attacks came down the opposite wing.

The former Torpedo Moscow man constantly aided his team defensively, assisting Mrcela in facing up against the majority of Brisbane attacks that came down his flank. Presented himself as a substantial option on the wing as well.