It was a record-breaking night in Perth on Thursday, as Sydney FC clinched the A-League’s Premier’s Plate for a second season in a row. Brazilian striker Bobo, 33, claimed his own glory by equalling, then breaking, Bruno Fornaroli’s record of 23 goals by scoring his 24th of the season.

The Sky Blues dominated in the early stages, bossing possession, dictating play and cutting Glory wide open. The term “here they come again” was used over and over, thanks to the sheer number of Sydney’s attacking waves. Two attacking-minded changes at half-time provided Perth with a shot of adrenaline, boosting their chances of a seemingly impossible comeback.

A late fight back was put on by the Glory with striker Adam Taggart bagging two goals, mounting the pressure on Sydney. The Sky Blues showed all their quality, staying strong and disciplined to see the game out through five minutes of stoppage time.

Guessed the wrong way with the penalty and could only stand and watch with Bobo’s first and Adrian’s strike, conceding three goals.

Lost track of Bobo and Matt Simon far too easily, allowing for passes to get through and giving Sydney more chances to attack his team’s goal.

Did what he could, when he could, by clearing the ball from the penalty area to help halt any more Sydney attacks. Fell to Matt Simon’s smart play to give away a penalty for the second goal. 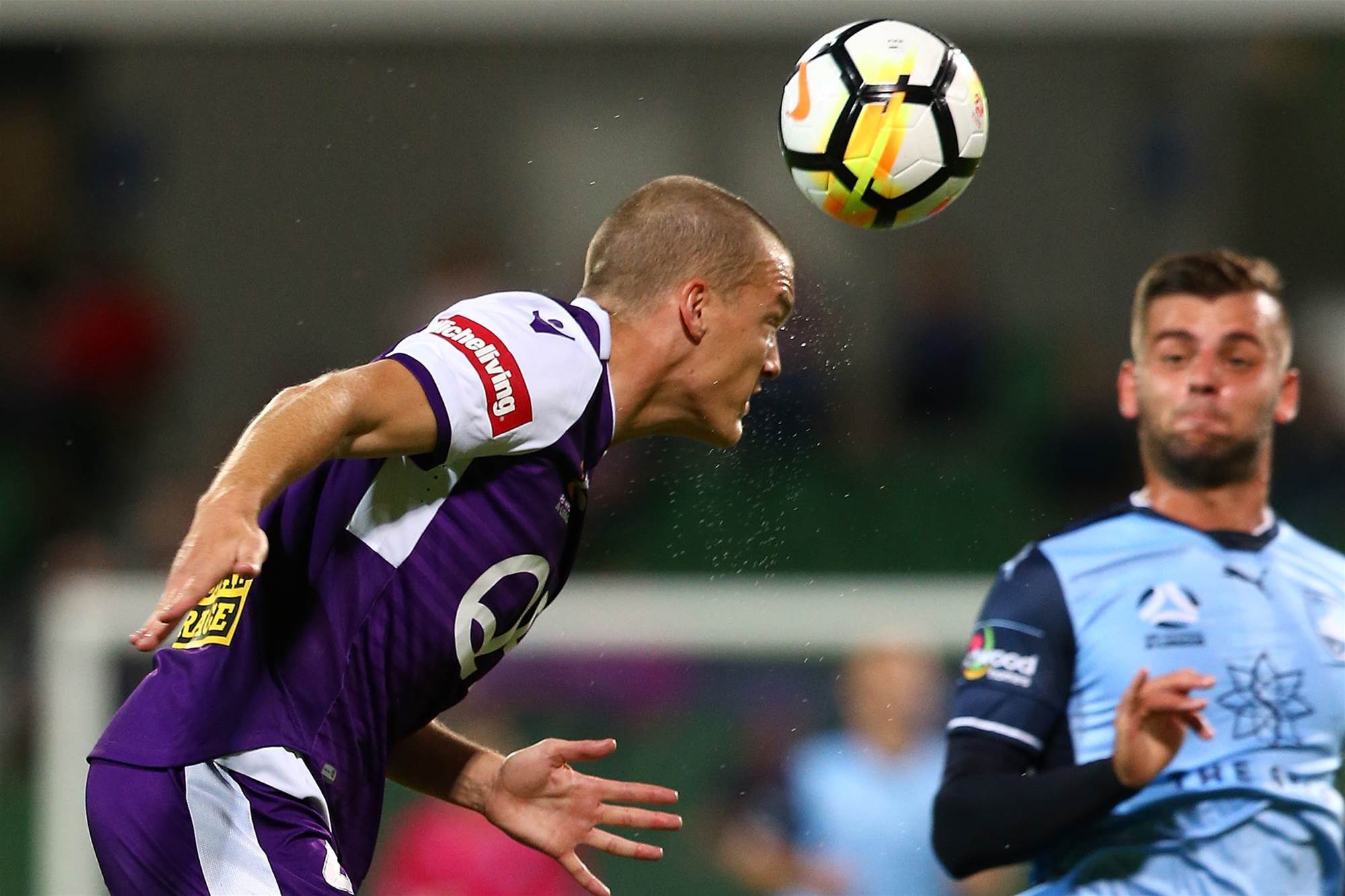 Failed to deal with Sydney’s play, turning into a dog chasing his own tail in some cases. The desire was there, but just one of those nights for the big defender.

Made occasional smart runs down the side to support the wide midfielders. Some very odd crosses left everyone bewildered, unable to link up with anyone in the box.