New York Red Bulls coach Mike Petke is worried by his side's tendency to concede late goals so far in their MLS campaign.

The Red Bulls gave up an 83rd-minute equaliser to the Portland Timbers in their season opener, and on Sunday a 92nd-minute penalty from Chris Wondolowski saw Petke's team beaten 2-1 by the San Jose Earthquakes.

The coach wants to see his side stay switched on for the full 90 minutes.

"We like to sit back when we get the lead, maybe it's a natural thing," he said.

"Maybe we've got to watch every MLS game closely and see if they do it as well because it seems that we've taken the lead two weeks in a row on the road and given up two goals late when last year our major problem was early goals, now we've corrected that and let in late goals.

"At the end of the day the way we should've done it in the second half is to put three forwards up top.

"For some reason we didn't have guys who wanted to possess it tonight.

"They worked their asses of we'll give them that but at the end of the day we didn't learn from our play-off penalty kick as well."

Striker Thierry Henry vowed his team would come back stronger from the early setbacks.

"We lost. That's the way it is, we have to work on it and come back stronger," he said.

"We'll see with the boss during the week." 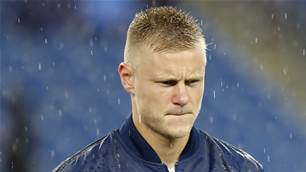