Ange Postecoglou's success in Japan should serve as a lesson to those who forced him to quit Australian football, PFA boss John Didulica says.

Postecoglou's Yokohama F.Marinos claimed their first J-League title in 15 years with a 3-0 win over nearest rivals Tokyo FC on Saturday sealing the honours.

His latest success came two years after his surprise resignation from the Socceroos post just two weeks after securing qualification for the 2018 World Cup.

Didulica said Postecoglou's decision to quit and subsequent success in Japan should make those at the top of the game look at why he felt he needed to leave.

"A product of Australia has followed in the footsteps of some of the world's most successful coaches - (Arsene) Wenger, (Luiz) Scolari, (Carles) Rexach - and won Asia's pre-eminent competition," Didulica wrote on the PFA website.

"Introspection, however, is the more appropriate reaction.

"Only Ange has the right to articulate why he made this decision but that such rejection existed is clear.

"His vision for the game in this country was too uncomfortable for too many."

Didulica said Postecoglou's success was his own and had been shaped by the influence of his father and being exposed to Ferenc Puskas during the Hungarian great's coaching stint at South Melbourne three decades ago.

He believes Australia will struggle to produce more coaches and players of Postecoglou's calibre without providing people with a deep emotional connection to the game.

"The deck chairs within FFA's governance and management can continue to change; but the game will not produce consistently more Ange Postecolgou's or another Golden Generation - Aussies who can conquer the world - until the game starts building an immersive, positive and consistent football culture," Didulica wrote.

"Postecoglou's triumph is his own. He is a product of the football universe he built for himself. And he used it to conquer Asia, again.

"Imagine what we could do if the entire sport started building one together." 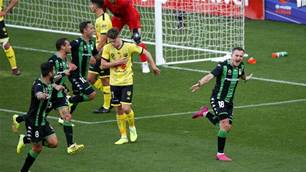 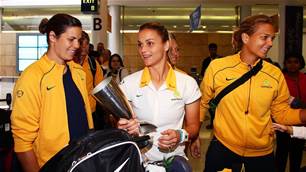 Our highlights of the decade!