With the threat of player-stand downs looming, Professional Footballers Australia (PFA) has reiterated its calls for collective action to navigate the COVID19 disrupted A-League landscape.

The A-League, in the face of increasingly stringent Federal and State government policies designed to fight the spread of coronavirus, officially suspended its operations last Tuesday; the last major sporting code in Australia and the final member of the World Leagues Forum to do so.

The competition’s interruption - which is set to be reviewed April 22 - is expected to hit football’s coffers hard, with the sudden and unexpected loss of match day, sponsorship and broadcast revenue unprecedented in the game’s history.

Broadcaster Fox Sports quarterly payment for the rights to the A-League had been expected on Wednesday, but significant doubts now exist that the payment – which is used to underwrite the A-League’s salary cap – will be delivered.

Perth Glory – whose parlous financial situation has led to increasing speculation of their future viability – became the first club to officially stand-down its players on Saturday; a move which sparked anger and immediate threats of legal action from the PFA.

"The whole of the income structure of the league has stopped. There's no income," Sage told AAP in the wake of the decision.

"The FFA has stopped the league. What do they expect?”

Despite the furious reaction from the PFA to Glory’s decision, however, several other A-League clubs – who have already moved to reduce staffing levels in the wake of the COVID-19 enforced slowdown – are set to follow suit in the coming days.

Been told that Brisbane Roar is set to become the next #ALeague club to stand-down its playing group.

Reports have already circulated that Brisbane Roar and Central Coast have moved to stand down their players, with Adelaide United and Newcastle Jets soon to follow.

In the face of this, PFA Chief Executive John Didulica has reiterated the union’s call for cooperation amongst stakeholders.

The PFA is advocating for league-wide, in the vein of negotiations between the AFL and AFL Player’s Association, rather than club-by-club action on mitigation strategies.

“It’s incredibly important for the community to act collectively at the moment and football is no different,” Didulica told FTBL.

“Many across the game are being challenged so it’s critical we act with solidarity and with a commitment to share the burden this brings.” 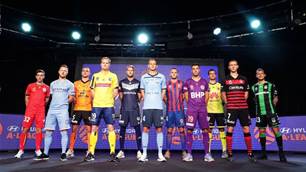 ‘No jab, no entry’ for Victorian A-League Spectators