Wellington have extended the contracts of skipper Steven Taylor and his deputy Alex Rufer for two and three A-League seasons respectively.

Taylor has signed for an additional two years and Rufer three, meaning both will be in Phoenix colours through at least the 2021-22 season.

Coach Ufuk Talay says the extensions are important because they mean the club now has 10 players signed beyond the current season.

"Taylor is a natural leader and a very influential player for us," he said of the veteran former Newcastle United defender in a club statement announcing the deals on New Year's Day morning.

"He leads by example both on and off the field, he brings an abundance of experience to the club and obviously he's an important player for us moving forward with the direction this club is heading."

Talay said 23-year-old All White Rufer was a player Phoenix looked to for his "captaincy qualities".

"He had a great season last year and this season he's been very good and influential for us," he said.

"And he's still a young player so it's great to have him committed to a three-year deal with us."

Talay said the timing of the two core player extensions was crucial in order to build consistency and direction. 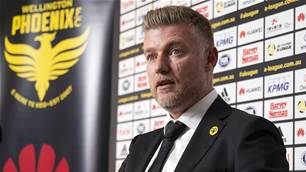 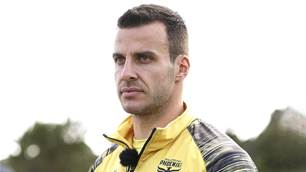