Fourth-placed Wellington Phoenix know they'll have their mettle tested by the A-League's strongest clubs next month.

A form dip and a treacherous February fixture list will occupy Ufuk Talay's thinking as his Wellington Phoenix head into their A-League bye week cemented in fourth place.

Wellington completed their generous January schedule with nine points out of a possible 12 after a slightly flukey 2-1 home win over Newcastle on Friday.

Talay had demanded a perfect record for the month against four teams sitting outside the top six.

That hope ended with last week's 1-0 loss to Brisbane before their standards dipped against the last-placed Jets at Sky Stadium, with their passing game evaporating against a heavy press.

Some loose link play from deep led to one Newcastle goal and could have been punished on other occasions as they held on for a flattering win.

However, rookie head coach Talay doesn't want his men to desert the possession-based game plan he's installed as they eye a hellish run of games against the top-three sides and fifth-placed Western United. They're away to the red-hot Perth Glory in two weeks.

"February's a big month, some very big games there. For me, we continue to play the brand of football that we want to play, and also get three points," he said.

"If I ask a player to be brave and they play a pass and it gets cut out, we have to deal with the consequences.

"We need to be maybe a little more brave when we do have the ball. We've got the bye coming up so it's enough time to rectify and build on this."

One player Talay could barely demand more from is goalkeeper Stefan Marinovic, whose excellent season went to another level against Newcastle.

Three quality late saves included a 95th-minute reaction stop to deny Kaine Sheppard, who could barely believe it when Marinovic stuck out a leg on the goal line to block a volley blasted from three metres out.

Talay says he's never doubted the quality of the All Whites gloveman since making him his first signing at the club.

"Stef has been good all season. For me, he has a presence in goal. He's a very good shot-stopper, makes some very good saves for us, some very clinical saves," Talay said.

"For me, he's been influential at the right times in games and that's what you want as a goalkeeper." 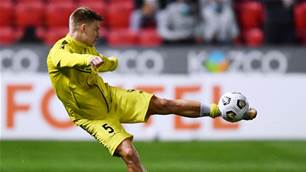 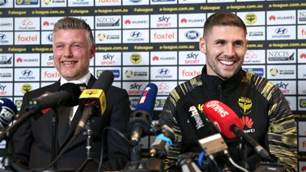