Round 3's first match caused some controversy in a match that was ultimately won 2-0 by Western Sydney Wanderers.

All A-League matches are available on Paramount+.

Friday night's A-League Men's match left many Phoenix fans enraged due to the controversial first goal of the game.  Facing Western Sydney Wanderers, a VAR review was put in place to decide if Tomer Hemed's shot on goal had crossed the line.

After a VAR review, referee Stephen Lucas gave the goal to Hemed a former Phoenix and now Wanderers striker. The controversial part of the decision was not the allocation of the goal by referee Lucas but the miss of a foul on Phoenix defender Callan Elliot by video assistance referee Kris Griffiths-Jones.

In replays one can see that Elliot seems to be brought down by Wanderer's Rhys Williams clearing the way for the goal.

During the post match press conference Wellington Phoenix head coach Ufuk Talay did not hide his disproval of the decision:

"Tough pill to swallow.  I thought we were the better team throughout the game," said Talay.

"I think, in my opinion, a poor decision in the refereeing. A foul on Callum Elliot inside the box led to the goal."

When asked whether he would be taking up the missed foul with the league, Talay added: "That is a decision and a conversation that we need to have with the club and the board and what it looks like for us.

"I think, in my opinion, the officials cannot get it wrong."

Wellington Phoenix have now decided to act upon their perceived injustice. New Zealand media outlet stuff.com.nz reports that the club have now lodge a formal complaint demanding answers about the controversial refereeing decision.

Phoenix operations manager Shaun Gill told Stuff's Phillip Rollo that the club had communicated with A-Leagues referee chief Nathan Magill seeking clarification as to the decision.  Gill specified that the foul on Elliot's gave Hemed a "clear strike on goal."

“The key thing we’re looking for is to get an understanding of the process and how it’s been looked at.

“Obviously there’s an incident where we’ve scored the goal, and that becomes something they look at, so we want to understand what process the referee and the VAR went through.

"From our perspective it’s about trying to get a handle on the process.

“If the footage that we’ve seen everyone else in the world has seen we’ll probably get an apology but at the end of the day that doesn’t mean a lot.”

Wanderers ended up winning the game 2-0 through a late second goal by John Koutroumbis on an open net.

When the goalie goes up for a corner there's always a chance this happens... 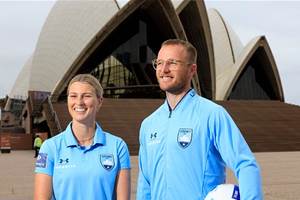 The A-League team received the distinction by beating out almost 200 professional teams evaluated across Australasia. 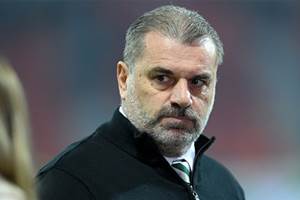