In sparkling form for club and country, Olyroos winger Reno Piscopo has dreams of a Socceroos call-up but is focused purely on helping Australia qualify for its first Olympics since 2008.

Off the back of an impressive opening nine games with Wellington Phoenix, Piscopo has carried his form into the AFC U-23 Championship, scoring a superb free kick against Iraq before providing goal assists against both Thailand and Bahrain.

"Of course it's a long-term goal to play for the Socceroos but I haven't been thinking about that at the moment," Piscopo said.

"My goal is to qualify for the Olympics and I'm going to do my best while I'm here and try to achieve this goal."

Piscopo spent six years in Inter Milan's youth ranks - during which he represented Italy at junior level - then had stints at Torino and Renate before joining the Phoenix, where he has shone.

"I think it was the best move for me to come to the A-League, I'm in my first year in the A-League," he said.

"So I wanted to come back and make a name for myself here and hopefully in the future I can go back overseas or do great things in the A-League."

The Olyroos continue their campaign in Thailand with a quarter-final against Syria on Saturday night local time.

The top three teams in the tournament will join Japan at Tokyo 2020, meaning at a minimum, the Olyroos must qualify for the semi-finals to have a chance to reach the Olympics.

"Everyone has that belief, we just have to take it one game at a time because we can't think too far ahead," Piscopo said.

"Now we've got the quarter-finals, we focus on that and then if we win, then we focus on the semi-finals, so that's how we're taking it." 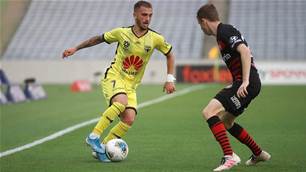 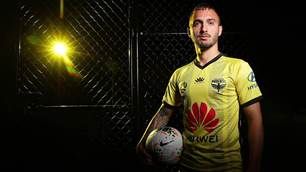 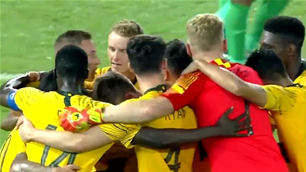