Reno Piscopo returns to Wellington Phoenix colours hopeful of continuing his standout form for the Olyroos in Thailand.

Piscopo joined his Phoenix teammates on Monday for the flight to Perth, where they will undergo an extended preparation for Friday's showdown with the Glory.

The third-placed hosts haven't lost in their last eight games and represent a significant step-up for Piscopo's team, whose previous four games were against teams in the bottom half of the ladder before last week's bye.

The left winger wasn't involved in those games, coinciding with some patchy Phoenix performances, even if three of them did end in wins.

He's back for a run that also includes clashes with Sydney FC and Melbourne City.

Piscopo wants to maintain his sharp form from the Asian under-23 championship, where he was a key figure in Australia's third place finish in Thailand.

While they qualified for the Tokyo Games, he isn't taking re-selection for the Olyroos for granted and is well aware Graham Arnold will keep a watching brief.

"I hope I get the call to go the Olympics. It was amazing just to qualify but it would be even better to go there and have that experience," he told reporters.

"You've got to maintain your form, keep doing good week-in, week-out but at the end of the day it's up to Arnie, he selects the team and I'll just do my best for Wellington and continue my form."

The former Inter Milan youth player scored a spectacular long range free kick in the opening win over Iraq but is unsure if he'll be handed any dead ball duties in the A-League.

The 21-year-old was central to two exceptional Phoenix displays just before he departed in December.

He conjured a goal and an assist in the 2-2 draw with Sydney FC and was a standout figure in the 3-1 defeat of Western United.

He started five of the six games in Thailand, coming off the bench in what was Australia's only loss, the semi-final against South Korea. 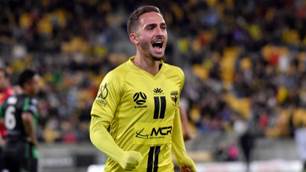 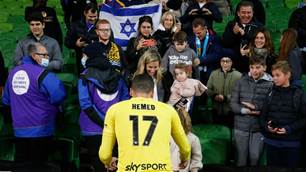