The Young Socceroos' AFF U18s final hero Lachlan Brook has talents on and off the pitch, as the striker explained to FTBL.

First, and most important, Brook is developing a big reputation with his talent on the pitch.

Australia defeated Malaysia 1-0 in the final of the Asean Football Federation (AFF) U18 Championship at the Thang Nhat Stadium in Ho Chi Minh City on Monday.

It was a record-equalling fifth title. 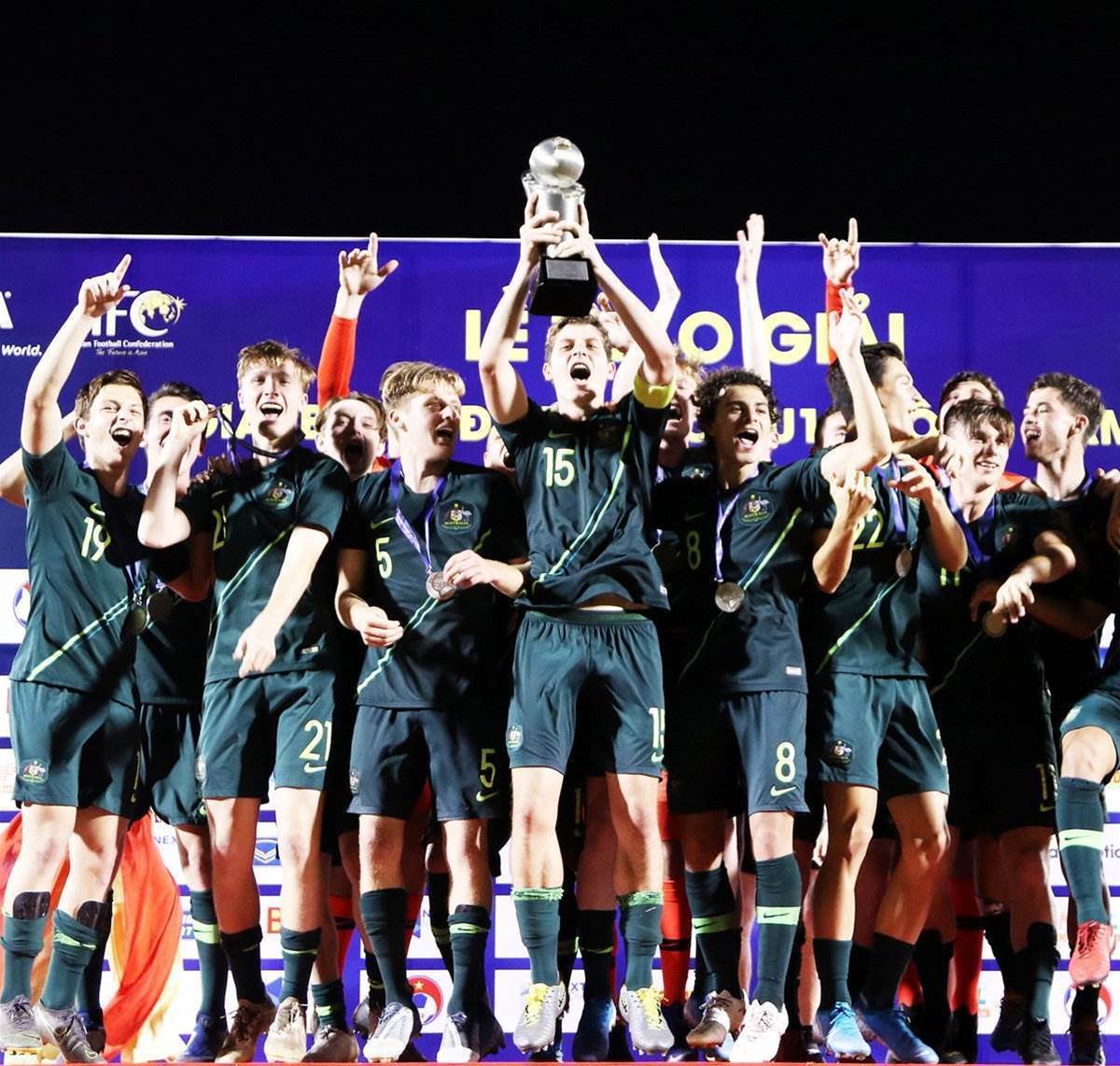 And it was the 18-year-old’s coolly taken second half match-winner that helped secure the Young Socceroos the trophy.

It was made in South Australia with Louis D'Arrigo providing an expert assist.

Given the injuries challenges Brook had last year, it was a sweet moment for the striker in the number 20 shirt

Late in a tight clash, when it mattered, the former Gawler junior kept his cool to chip the on-rushing Malaysian keeper from a tight angle.

It sparked pandemonium from the bench and help win silverware for the green and gold.

But Brook has another talent.

The forward recently took inspiration from a family member.

Now back in Australia and still on a high, he explained more.

“I don’t mind getting around a bit of music and singing in the small amount of time I have off from football,” he told FTBL.

“During my injury last year, I decided to take some lessons with my sister’s music teacher.

So, is the teenage Red any good?

Now that he’s part of the first-team squad, his initiation proved to be a showcase of his talents.

Though the rising star was keen to play down the crowd’s reaction when asked about the response from teammates.

“I won’t give my own opinion on it, but if we go off my initiation when I first signed, I think some of the boys were fairly impressed.

And there were plenty of smiles on the pitch after his deft chip helped win the AFF title.

“It was special. To score a goal in any final is special but this pretty special.

“Actually I missed a chance five minutes earlier that was easier. So that was playing on my mind.

“So when the next chance came, I couldn’t miss it," he said.