Preparing to exit quarantine, Western United Head Coach Mark Rudan is pleased with what he's seen from the A-League following its resumption.

Wellington Phoenix's 2-1 win over Perth Glory on Wednesday night, denying Sydney FC the Premier's Plate for at least one more night, marked the fifth game staged since the competition resumed last Friday, but in a significantly differing tone from those prior to the shutdown.

VAR has been suspended until August’s finals campaign at least, and five substitutions can now be made during a game.

Players have gone about their business with few or no fans in the stands, and the current slate of games represent the first time Australian football has played regular-season games this late in July since the 1988 NSL season – when the likes of Footscray JUST, Preston Makedonia, Wollongong City, APIA Leichhardt and Brisbane Lions were in action.

Rudan has already spoken of his intentions to fully use the new five subs rule in his side's remaining six fixtures, which will help the squad cope with the departures of internationals Dario Jertec and Panagiotis Kone.

And he says he's been encouraged by the quality of the football he’s seen so far.

“Watching all the games, you can see that it’s quite patchy at times and I’ve sort of forecast for that anyway,” he said today.

“But in general, I think the level has been quite good. When you think about how long it’s been since we last played – and last night we watched two teams [Wellington and Perth] back up in their second game in the space of a few days – I thought again the quality was quite good.

“There’s nothing to fear there. I think that bodes quite well.

“I think everyone’s system and philosophy has remained the same. When you look at the teams, they haven’t really drastically changed their formation or their playing style.

"There are a few little tweaks here and there but that’s always dependent on the result.

“It’s a bit of maturity for our competition knowing that in this short space of time that players and the clubs are able to piece together a strategy to get players through mid-week games. That what they all want to do. You always challenge your players to go to that next level

“Playing in winter has helped, I’d hate to think what this would look like if we were starting in December or January because it would be a very different conversation – the weather has been a huge leveller." 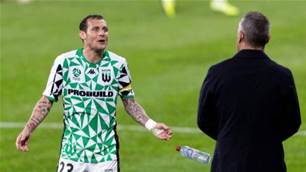 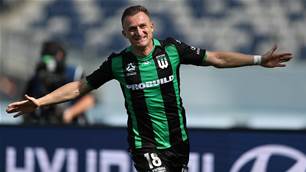