Western Sydney Wanderers coach Tony Popovic says midfielder Kearyn Baccus remains an important piece in his jigsaw puzzle and will be available for selection in Saturday night’s game against Roar.

Baccus was charged with assault on Wednesday as it was alleged he punched a 49-year-old man in the chest in early January during a dispute near Sydney Airport.

The 25-year-old is due to appear in court in late February, but Popovic said it would have no negative effects on mentality in his squad.

“No, certainly not (affect the mentality), he’s available for selection,” Popovic said.

“He’s an important player in the squad and it’s been dealt with. The club’s made a statement, we certainly back the integrity of the player.

“It’s been dealt with, so we’re clearly focused on the game.

Popovic was focusing on Baccus' on-field game, believing his performances have been good of late.

“We’ve always held Kearyn in high regard in terms of his ability and we feel he’s maturing more and more as a footballer,” he said.

“He’s shown in the last few appearances. He was very good against Sydney FC and I thought he improved again against Newcastle, so we’re seeing really good signs from him.

“The ability has always been there, he’s just needs some nurturing and improvements. It’s all slowly coming together for him and hopefully that’ll continue.”

The Wanderers got their first home win of the season last week after downing Newcastle Jets 2-0 in Campbelltown.

Popovic said the players were only human to feel the pressure from external noise, but were ultimatley relieved to get the win.

“Now we’ve got to continue on, it’s a tough game against Brisbane, we’ve always had difficult matches against them,” Popovic said.

“Suncorp Stadium is not an easy place but we can draw confidence from our last appearance there and how well we played in the second half.” 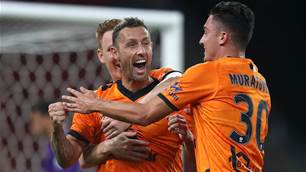 Fowler fumes at ref despite win 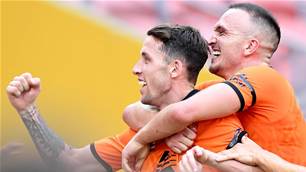 'Playing Brisbane in Suncorp is a nightmare...' 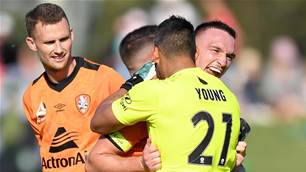 'There is a deep, inner belief in our capabilities'