Perth coach Tony Popovic was a proud father on Saturday as he handed 16-year-old son Gabriel his A-League debut at McDonald Jones Stadium.

It was a special moment for the Popovic family as Gabriel became the second brother to make his debut for Glory after older brother Kristian did so in April.

The powerfully built teen was thrown immediately into the action as defender Alex Grant was red-carded and the Glory were forced to defend a hungry Jets side in the dying minutes.

"The boy did good. He came on in the end, he had a couple of aspects of the game quickly. One moment you're on top, the send-off obviously changes things," Popovic said, stopping short of confirming his son would see more game time as the season went on.

"The kid's made his debut; he's been training with us; he's trying to juggle his year-11 exams and football. So it's not easy for the kid but he's very happy.

"He's lucky, he has a top coaching staff who give him a lot of support and senior players that make it so enjoyable at training for him to learn. It's a great learning environment. It's just the start for him so let's see how far it goes."

Older brother Kristian made his A-League debut aged 17, but scored his first goal for the club in October against Western United.

It was a moment Popovic described as unique, and he reiterated the sentiment on Saturday night for his younger son.

"But it's happened, and I've got full support from the club because they can see they're good young talented players. They're not alone, they're my sons, so it is unique, but we have a good group of young guys coming through.

"The future looks good for the football club. The now is about performances and results but we have an eye on the short, medium and long term for our football club, so it's exciting."

Perth Glory has had an unfortunate history with coaches playing their children in the past however.

Later Glory coach Alistair Edwards also came under intense pressure over his choice of fielding sons Cameron and Ryan ahead of other players until he too was sacked. Cameron now plays in the NPL while Ryan subsequently enjoyed success in Scotland and now plays for Burton Albion. Their father has never coached again, moving instead into technical director roles at two Malaysian clubs. 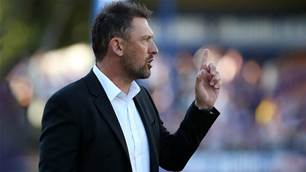 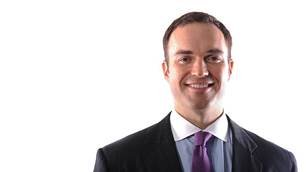