Newcomer Michael Jakobsen put City in front after just two minutes with a stunning bicycle kick which had the Wanderers chasing their tails from the outset.

A close tussle ensued before Tim Cahill starred in his competitive home debut, combining brilliantly with Bruno Fornaroli to gift City a 2-0 lead in the 30th minute.

Popovic, a former teammate of Cahill in the national team, said City’s ferocious start set a tone his side was unable to arrest.

“They (City) got the energy because they scored early, it wasn’t because Timmy was on the field, the energy they got was because they pressed from the start,” Popovic said.

“They got a goal from a set play, ball was in the box and then of course the crowd got behind them.

“They got some momentum and then the second goal was probably a mistake from us, but they punished us with the third goal and the red card made it very difficult after that.”

“We probably played better defensively in the second half than we did in the first, that was pleasing for us. We got caught a little bit on the hop from the outset in the match conceding in the second minute and then we never really recovered after that.”

Wanderers will be without their captain Nikolai Topor-Stanley for their A-League season-opener with Sydney FC, after he was sanctioned for a challenge on Fornaroli in the box, gifting City its third goal through a Cahill penalty.

Popovic said it was clearly the wrong decision to foul the Urugayan, but he was confident he had the troops to take the skipper's place.

“I don’t know what he was thinking at that time, he caught him quite well, obviously he was in a great position to score,” he said.

“I’m sure if you look back he would’ve rather have not made that challenge and then it’s 3-0 and you’re down to 10 men with a difficult second half.

“We have a strong squad, we certainly have options and we’ll make sure the players that come in and whoever plays that first round will be ready, we’ll gain a lot from this game tonight.” 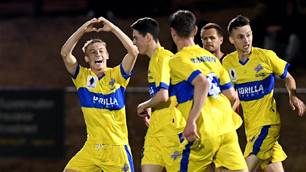