To help them rise from their fallen status, Victory targeted and successfully recruited Tony Popovic.   The former Wanderers and Perth coach was hired just five days after having been let go by his former Greek side Xanthi FC last April.

Popovic signed a three year deal with the Victory that should keep him in Melbourne until the end of the 2023-24 season.  He officially got the reigns of the club when his term as head coach started in July.

Since his arrival in Melbourne, Popovic has made drastic changes on the field.  Eleven players have departed, with only five key players being re-signed.  Twelve players have so far been brought in.

Of those newly signed by Melbourne Victory, Popovic has targeted a number of players whom he managed in the past.  These include Nick D'Agostino, Matthew Spiranovic, Jason Davidson, Josh Brilliante and Brendan Hamill.

Perhaps his best recruitment of a former player has been the signature of Chris Ikonomidis who had previously played for Popovic at Perth Glory.  Speaking to The Australian Associated Press Popovic said of the current state of his squad and Ikonomidis:

"It is an exciting front third of the field with so many players that are so dynamic in their play, very good individuals in their own right.

"We're trying to piece that all together, that we can really play some exciting, dynamic football in that front third where we have players that we feel on their own can change the game and Chris certainly is one of those.

"I'm very, very happy to see him here with me again. I brought him to Perth, he trusted me to come to Perth and after a long lay-off with an injury I feel that he's an even better player."

Despite the recruitment drive and the excitement about the potential they could have Popovic is also honest about the task at hand.  In July he told the Sydney Morning Herald that rebuilding the Victory was a tougher job that starting a new club.

This past week, trying to clarify the possibilities of taking a Melbourne Victory who finished registered a twelfth place finish last season and changing them into contenders in a short time, Popovic told the AAP:

"It's happened before and I'm sure it'll happen again.

"We certainly are hopeful and optimistic that it can happen with us.

"We know where we finished, we know where we've been for a couple of years and we know there's a lot of ground to make up but we're also not putting a ceiling on anything that we can achieve in the short term."

He was also contends that this is a different task and a different club from the ones he had previously managed in the A-League. When asked how this challenge is different to his previous tenures at Wanderers and Perth, Popovic said:

"They're all different in their own right, from Wanderers, a start-up club, to Perth a club that never won anything. So there are different challenges.

"Now (I'm) at Victory who's accustomed to success, and hasn't had that for a few years now and have been disappointed. It's a big challenge, but an exciting one.

"That's what they know. We have to accept what's happened the last few years, and we know we have a long way to go and, yeah, there's a lot of ground to make up.

"But it's an exciting challenge knowing that everyone's on board to try and get it in a positive manner and in the right direction."

That direction and the ultimate outcome will start to be revealed in just over a month.  Melbourne Victory open their 2021-22 A-League Men's season on November 20, 2021 away against Western United at GMHBA Stadium in Geelong, Victoria. 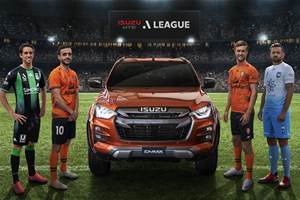 The full A-League 2021-22 schedule for the first six rounds of competition can be found using the following link.