Celtic faced Livingston on Sunday in their Scottish Premiership first phase Matchday 6 game. It was never going to be easy for Celtic FC.  The club is currently hit with a number of injuries to important players including to their captain Callum McGregor.

This was compacted by the club's history of poor form against Livingston at their Tony Macaroni Arena.  Fit with a 4G artificial pitch that has always been tricky to play on for away teams, Celtic have yet to find a win in the stadium since Livingston's promotion to the Premiership in 2018.

The game should have been in Celtic's favour.  With Australian Tom Rogic in the starting line-up, in total the Bhoys held 79% of possession and had twice as many shots then their opponents. However, a lack of effectiveness in the final third and a poor defensive showing from the visitors is ultimately what lead to their downfall.

Andrew Shinnie scored the sole goal of the encounter.  His 25th minute top corner strike ensured the three points for the home team with the final score being 1-0 to Livingston.

To Celtic manager's Ange Postecoglou own admission it was a poor showing from the team.  Speaking in the post-match interview he stated:

"I just don't think we gave a good account for ourselves today, we didn't start the game well and once you do that you allow the opposition to gain an advantage and score their goal.  We just couldn't find a way out of that hole.

“Today, the way we approached the game, our mentality going into it just wasn’t right. Maybe we bought into the fact that it’s a challenge playing here because of the surface, or because of any other reason.

‘We started the game way too tentatively for us, we like to be aggressive from the start and we have been in all games so far, it was just in the first half we tried to ease ourselves into the game and you just can’t do that.”

He finished by stating: “Having said that, we still had a team out there today that was good enough to get a result. It’s disappointing we didn’t so we have rectify that on Thursday.”

This was the club's second defeat of the week with their mid-week Europa League game also not going well. Celtic's quest for European football originally started in July when they met Midtjylland with hopes to qualify for the Champions League.  The Danish side won the two-legged encounter by an aggregate of 3-2.

This left Celtic in the position to try to qualify for the Europa League.  Wins against Jablonec and AZ Alkmaar ensured the Glawegian team would get European games this year. Their away leg to Real Betis in the group stage started well, but ultimately Celtic lost the match 4-2.

It continued the Bhoys 59 year search for success in Spain, with the Glaswegian side having lost seventeen games and drawn three of their twenty matches contested in the country since 1962.

With this most recent domestic loss, the away game record of the Australian manager continues to worsen.  The Livingston defeat makes it the sixth loss out of seven away games Celtic have contested under Postecoglou.

To Postecoglou's defence, Celtic's away woes do predate his arrival.  The last time the club found an away win in the Premiership was in February 2021 against St. Johnstone.

At present Celtic sit sixth in the Scottish Premiership first round, with three wins and three losses.  Their next Premiership game is Sunday meet Dundee United at home.  Prior to that they will meet Scottish Championship side Raith Rovers, also at home, on Thursday in the Scottish League Cup. 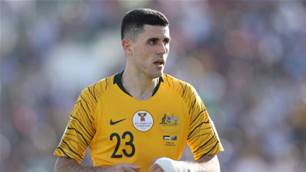