Ange Postecoglou has signed three players in the Scottish Premiership January transfer window with the reinforcements for Celtic FC coming from the J-League. One is from his former assistant coach's team, with Kevin Muscat recently applauding his former boss.

Celtic Football Club have confirmed three new additions for the club, raiding the J-League in the process.  The players in question are Reo Hatate, Yosuke Ideguchi and Postecoglou's former player at Yokohama F. Marinos, Daizen Maeda.

The extremely versatile Reo Hatate, who has played as a striker, midfielder and defender, joins the Hoops from Kawasaki Frontale while midfielder Yosuke Ideguchi has been recruited from Gamba Osaka.  Both men have signed four and a half year contacts with Celtic FC according to the the club's website.

Like Ideguchi, Maeda has represent Japan at the senior side.  While Hatate has been called up to the senior team, his international appearances have been with youth sides including the U-23s.

Unlike the first two men though, Maeda's deal is not permanent at present.  The striker is on an initial six month loan with a "compulsory purchase clause included, meaning he will be with Celtic on a permanent basis from the summer on a long-term deal," according to the club.

Subject to international clearance, the players could be available once the Scottish Premiership resumes on January 17, 2022.

While Postecoglou's recruitment of Maeda will be a blow to Muscat's Yokohama, the J-League head coach heralded his former boss three days ago when this particular recruitment target was in the works.

Speaking to Australian radio show SEN Breakfast, Muscat praised Postecoglou for not just inspiring him to change how he approaches coaching, but his influence on the J-League in general:

“One way to describe Japanese football, the national team and the competition, is conservative.

“Over the years it’s been a conservative competition, and their style of play has been conservative, however in the last four or five years, that has started to change.

“There’s so many styles creeping into the game, and obviously Ange was a catalyst four years ago.

“He (Postecoglou) flipped the conservative approach on its head, and was really aggressive in the way he went about things.

“It’s a wonderful competition, and a strong competition with three professional leagues. It’s somewhere I’ve really settled into, and I’m enjoying it.”

Muscat, a former Rangers defender, also added his praise at Postecoglou's transition in his new high-profile Scottish position since taking the Celtic job, despite the early criticism:

“When Ange did arrive I said on some other forum that it was a predictable response,” Muscat recalled.

“Some really high-profile people didn’t cover themselves in glory with their lack of knowledge, lack of research and pure laziness, really.”

He would also go on to discuss the Australian's recent Scottish League Cup win with Celtic, a win Muscat believes shows the strength of the Scottish Premiership:

“It’s great to see, and I think it’s good for the competition as well.

“Celtic seem to have steadied under Ange, and he’s brought something totally different to what they’ve seen in recent years.

“I think that freshness from both sides of the city and the football that’s being played… it’s good for Scottish football.”

Celtic FC are scheduled to resume play on January 17, 2022.  They currently sit second in the Scottish Premiership, six points behind Rangers. 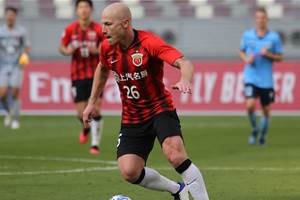