Ange Postecoglou has made Celtic irresistible to watch but it’s Rangers who will retain their Scottish Premiership crown this season, according to Ibrox legend Kenny Miller.

Ex-Scotland striker Miller - who had three spells at Rangers and one at Celtic - has been back on the ground in Glasgow since departing Wanderland in September for family reasons.

And he’s been impressed by what he’s seen from Postecoglou, especially in terms of reinventing Celtic as a swashbuckling attacking force.

But he still believes the Hoops - who face Hibernian in Monday’s (AEDT) League Cup final at Hampden Park - will just fall short in the title race.

“I feel they are in a place where they can challenge - and there’s a lot of talk of them bringing in new signings in January that will affect the starting line up,” Miller told FTBL.

“However I believe over the course of this season Rangers will be too strong - they’ve not played particularly well but are still four points clear (going into the overnight clashes against Ross County and St Johnstone respectfully).

“They’re still looking strong and getting the job done, and are consistent.

“Whereas I think Celtic may not be able to match that consistency - and I’m not sure they have a leader who will take matches by the scruff of the neck when they’re maybe not at their best.”

Miller, though, is one of a growing throng of aficionados in thrall of ‘Ange-ball’.

“That’s what they’re calling it up here - and what you’re seeing from his team is really positive - especially the attacking side of the game," he said.

“Kyogo Furuhashi has been a revelation and Jota has been excellent while you’ve seen Tom Rogic take on more of a leading role than he has in previous seasons.

“For me, he’s made a huge difference now he’s back in the starting line up. David Turnbull and Callum McGregor are also really good footballers.

“I just think that defensively there are issues Ange has to iron out … they are Celtic and they should be winning games.

“It’s the way they’re doing it right now that’s impressive and is good to watch, with the movement and pace you’re seeing.”

Where predecessor Neil Lennon ultimately failed, Postecoglou, says Miller, is “getting a response from his players”.

“It’s not that dissimilar to how they were playing before under Brendan Rodgers when they were absolutely phenomenal,” he added.

“Celtic should be winning games under whoever is in charge, and the same applies to Rangers, it’s as simple as that, otherwise you’re going to feel the pressure.

“But they’re right there and in Ange they have a manager who’s extremely calm which you need to be in the gold fish bowl of Glasgow.

“His tone always seems to be right - even though he was a bit of an unknown quantity to some people.

“But he’s had success before and I’m not surprised he’s making a big impact in a city where there’s huge scrutiny on managers, players and clubs.

“He’s sticking with what he believes and is very clear in what he wants - whether that’s right or wrong.

“Celtic are in the midst of a bit of a rebuild and he’s piecing things together.

“He’s doing a good job but I feel the stability Rangers have will get them over the line. They’ve changed their manager now also with Giovanni van Bronckhorst coming in (to replace Steven Gerrard) and he’s won his first four games.

"I’ve seen some incredible Celtic and Rangers teams - winning for these teams is the norm and it needs to be for these two clubs.

“It’s nothing special - but how you do it gets attention and I think that’s why some people are getting excited by Celtic. People like they’re style, what they’re trying to do and the sound bites that come out of it.

“Ange has a final to look forward to on Sunday and to get that first piece of silverware. It’s a chance for success after five months in the job against a Hibs team who haven’t been playing well lately but are more than capable of rising to the occasion.” 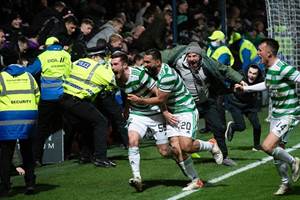 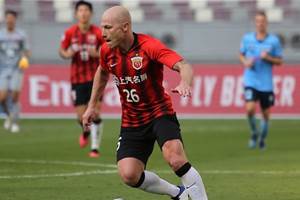