Sydney FC coach Steve Corica expects his team to cope with a busy schedule after the postponed A-League derby against Western Sydney was moved to February 28.

The match at Netstrata Jubilee Stadium was called off last Saturday due a waterlogged pitch following torrential rain in Sydney.

It will now be played at the same venue from 8pm at the end of the month.

To accommodate the change, Sydney's home game against Wellington Phoenix has been moved to Wednesday, March 18 from 7.45pm.

The changes mean the Sky Blues will have to play eight games in just over a month, starting with next week's trip to Japan to face Ange Postecoglou's J-League champion Yokohama F. Marinos in an Asian Champions League clash.

The A-League champions will then take on Central Coast Mariners in Gosford before the rescheduled derby.

Korean champions Jeonbuk Hyundai then travel to Sydney for another ACL fixture before Sydney face rivals Melbourne Victory away.

"The boys will tell you they love playing games," Corica said.

"There's no hiding the fact it will take a big effort from everyone but that's what we are about at this club and it's a challenge we are looking forward to.

"We've had a good break and enjoyed a bit of a rest in recent weeks so we are ready to go again, and it's always good to get into a rhythm of playing games."

Tickets purchased for last Saturday's game will be valid for the rescheduled fixture, the club said, with refunds given to those who can't make the new date.

Fans who have already bought tickets for the Phoenix game are being advised they will be valid for the new date as well. 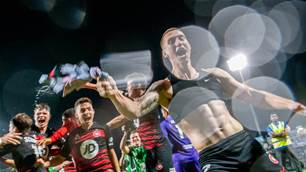 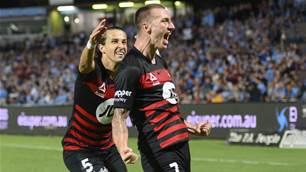