The Olyroos will face New Zealand U23s in a pair of friendlies next month under caretaker coach Gary van Egmond as they prepare to qualify for Tokyo 2020.

Australia will take on Kiwis at Wollongong's WIN Stadium on Friday September 6 and then again at Campbelltown Stadium the following Monday.

The matches will be warm ups ahead of flying to Thailand in January for the 2020 AFC U23 Championship where the top three teams will host nation Japan as Asia’s representatives for Tokyo 2020.

New Zealand’s U23s will face a similar task in Fiji in September to participate in the 2019 OFC U23 Championship where the overall winner will earn Oceania’s spot in Tokyo 2020.

But the games will also see coach Graham Arnold relinquish control of the Olyroos for these games while he juggles World Cup qualifying for the Socceroos.

Assistant coach Gary Van Egmond has been given temporary control of the Olyroos for the two friendlies to allow Arnold to focus on the road to Qatar 2022.

However Arnold will retake the reins for the tournament in Thailand in January, said the FFA today.

“We are pleased with how this structure will work over the next six months,” Arnold added.

"With Gary working with the Young Socceroos as well as the under-23s, and myself, Rene Meulensteen and Tony Vidmar focusing on the Socceroos but keeping a close eye on the U23s, the fluid communication and pathway between the squads will be maintained.

“The boys did a great job in Cambodia in March to qualify for the 2020 AFC U23 Championship.

“Now it’s important that we get them together regularly in the lead up to January so that they are as prepared as possible to achieve the target of earning a place at the Olympics."

FFA CEO David Gallop added: “We are delighted to have been able to schedule two international friendlies for our under 23s on home soil ahead of the 2020 AFC U23 Championship.

“These fixtures, combined with further games and camps later in 2019, will help set the platform for the team’s bid to qualify for Tokyo.

“Importantly, the fixtures will also provide supporters in Wollongong and Campbelltown with the chance to watch some of Australia’s brightest young footballers on their doorstep.” 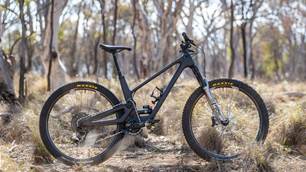