Few remember McKay signed for Scottish club Glasgow Rangers in the European summer of 2011, with his six-month spell a curious footnote to the 36-year-old’s fabulous career.

In Glasgow despite the Scottish sounding surname, the Queenslander never felt at home.

On paper, the feisty, hard-working central midfielder was a perfect fit for Scottish football.

Loved by then-coach of Roar Ange Postecoglou, McKay was also a regular in the national team.

Arriving at the peak of his powers and Roar captain, the 28-year-old signed a long-term deal for a reported transfer fee of $400,000.

But at Ibrox under then manager Ally McCoist it all unraveled rather quickly.

The Aussie barely played under the former Scottish international.

It added to the chaos around the club for the new face from Australia. 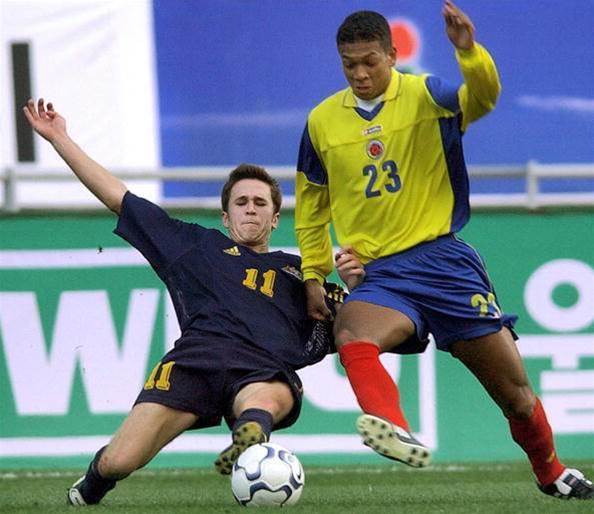 McKay at the U20 World Cup 2003 against Colombia's Freddy Guarin

The Queenslander made just two competitive starts for Rangers, against Dundee United and St Johnstone and one substitute appearance, also against United.

In his short time at Ibrox, he assisted in several goals and won a man of the match, but was mostly left to watch on by the under-pressure McCoist.

"I wish I had done things in a different manner and done a bit more research [before going to Rangers], but it was an opportunity I had to take and I'll learn from it," McKay told Queensland newspaper The Courier-Mail shortly after leaving the Scottish club.

"I spoke to him [McCoist] a week before the club went into administration and he was keen to keep me," he added.

"He saw me as a player that will fit into the squad and told me that my chances would come, but I couldn't see that coming.

"I thought I didn't do that bad to not warrant ever playing again. I felt I could have done a job... I just wasn't given an opportunity.

Some Scottish publications reported on McKay’s retirement this week, perhaps uncharitably describing him as a “Rangers flop”.

His brief stint in Scotland a good example of how football can change very quickly.

Fortunately for player and club, an offer from K-League outfit Busan I’Park came in and with money desperately needed, Rangers accepted the offer after just six months of McKay’s arrival.

His Scottish nightmare over, McKay's year in Korea was slightly more successful with over 20 appearances at Busan before another albeit brief seven-month spell at Changchun Yatai in 2013 (he'd had a previous loan spell with the Chinese outfit).

But by August that year, he was back in the warm weather at his beloved Brisbane Roar helping them win another A-League championship by 2014. 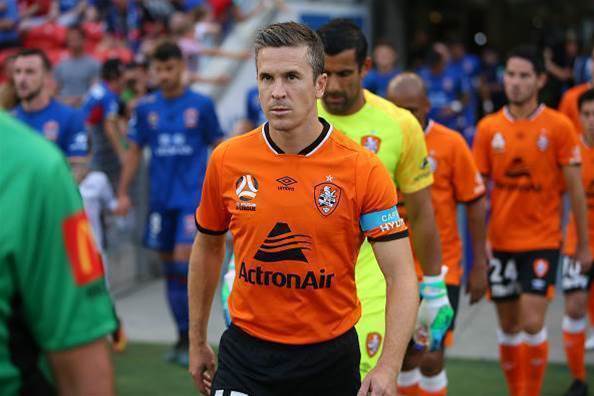 He made his debut for the Roar in its first ever A-League fixture on August 28, 2005.

McKay, who also played in the NSL for Brisbane Strikers, is in line for his A-League appearance number 271 for Roar tomorrow night.

The midfielder will be remembered as one of the greats of Queensland and A-League football - though perhaps not in Glasgow.