Filipino-Australian winger Iain Ramsay has become a journeyman throughout Asia and hasn’t regretted the decision since leaving the A-League in 2015.

The 31-year-old left Melbourne City and went embarked on a journey for Iran’s Tractor Sazi, the Philippines’ Ceres-Negros and Malaysia’s Felda United.

He now finds himself in provincial Thailand, representing Sukhothai FC as his team sit sixth on the table undefeated after five games.

Perth-born Ramsay has also represented the Philippines since 2015 and recently came back from the country’s inaugural Asian Cup appearance in the UAE.

He added he was enjoying his football in Thailand and the league had exceeded his expectations. 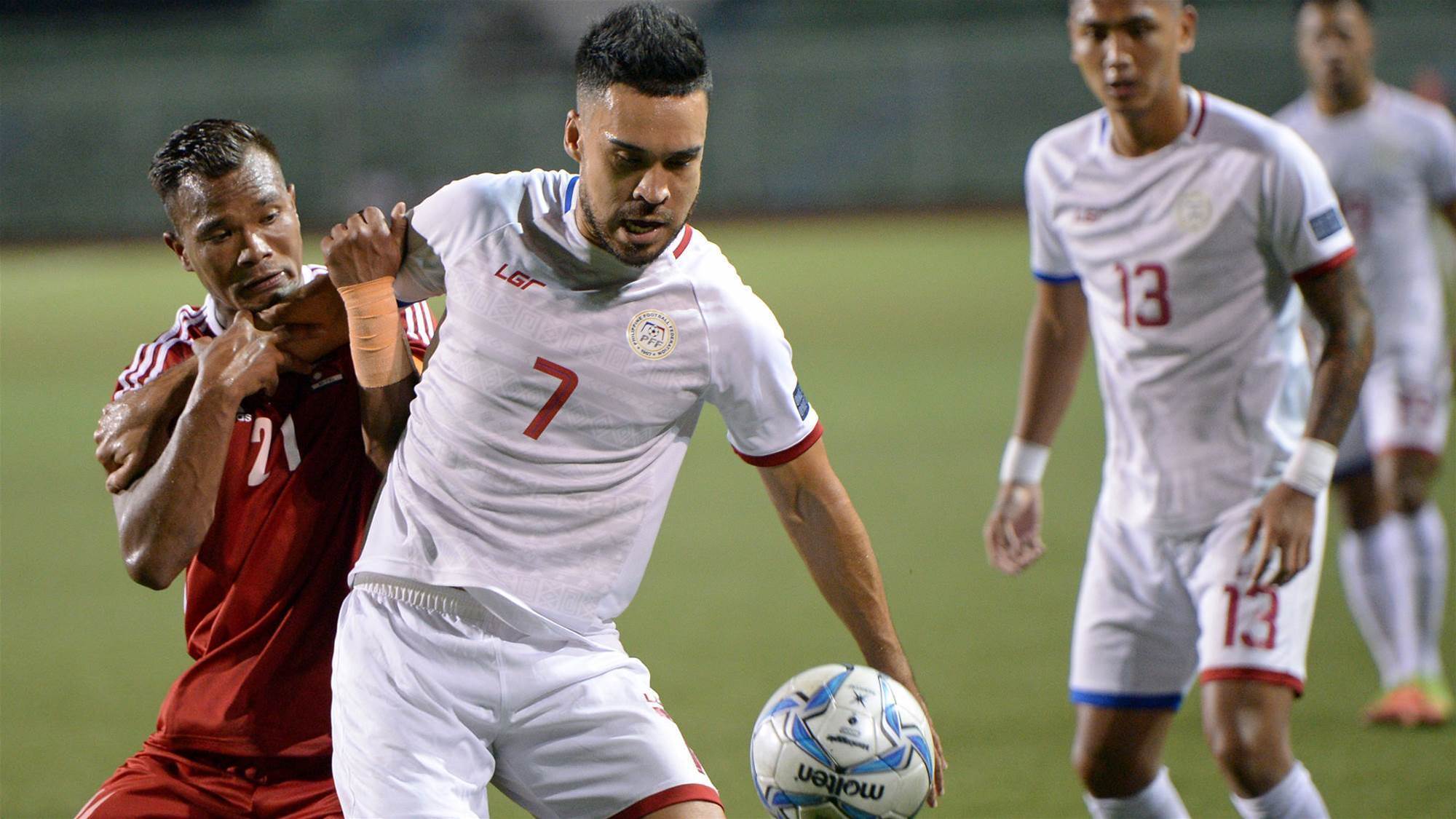 Ramsay in action for the Azkals

“When I left the A-League, I had the offer to go to Iran,” Ramsay told FTBL.

“I knew if I took that offer, I would have to ride out this Asian ride and to try play in Asia for as long as I can. It’s definitely a journey that’s for sure.

“Football is always up and down, but I’m enjoying the year so far. When you’re enjoying your football, that’s when you play your best, so I’m expecting a lot of good things to come this year.

“Where I play, it’s similar to playing in like a Coopers Stadium back in my Adelaide United days, it’s a boutique stadium, fans fill it out, it feels like they’re on top of you and they’re very vocal and passionate.

“I was surprised how much they love football in this city. We’ve got a decent side and we haven’t lost so far. There’s a lot of promising signs in our team and hopefully we go a long way this year.

“It’s another thing when you experience it first hand and you’re playing in it, the level is definitely high and they love to play proper football here. South-east Asia football is growing every year and the Thai league is getting stronger.”

Ramsay added the Thai national team was growing as a result of the league’s progression in the past years.

The winger said he could only envisage Asian football growing stronger every season.

“It basically comes down to money, they’re just pumping so much money into clubs, leagues and sponsorships,” he said.

“They can bring big players for big bucks in US dollars, it’s very hard for the A-League to compete with the salary cap. It’s no surprise that year-in and year-out that these leagues are getting stronger and stronger.”

Happy to announce I have officially signed in the @thaileague with Sukhothai FC . Thank you everyone for the warm welcome . Looking forward and preparing for the season ahead 🦇🙏🏽🇹🇭 #thaileague #thailand #asia #toyotathaileague pic.twitter.com/PgTol4t3nL

He also added he was enjoying life in Thailand.

“The people here are friendly and are very accommodating. They make sure everything’s OK and you’re settling in fine,” Ramsay said.

“Thai people are pleasant people and they’re respectful. Since I’ve signed in Sukhothai, the transition of moving countries wasn’t hard at all. I came here straight after the Asian Cup and I’ve been enjoying my football ever since.

“Thai people are all about respect and I think as a foreigner, as long as you come into a new country, you respect their culture, you keep your head down and work hard, then you shouldn’t have too many problems.”