Rangers chief executive Charles Green has predicted that the Glaswegian side will be playing in English football within five years.

Scotland's most successful club are even prepared to start as low as the Conference and work their way up to the Premier League, with Green ready to go to court to make it happen.

Green also believes that the presence of the Old Firm in English football would be hugely beneficial to the game south of Scotland.

"Whether it is next week, because the English authorities change their mind, or in five to 10 years, Rangers and Celtic will leave Scotland," Green told the Daily Mirror.

"I would like to think within five years. I say to English clubs: Don't be afraid of the unknown. There will be cross-border leagues and that will change the face of European football. These doors are opening."

Whilst the Rangers chief executive is in favour of the idea, it appears as though clubs in England are not so enthusiastic.

The idea of a two-tier Premier League system, including Celtic and Rangers, was mooted in 2009 but quickly dropped.

"Why would football clubs or football authorities not want Rangers and Celtic?" Green said.

"If they say: 'It wouldn't add anything into the game', they are lying.

"I watched Southampton play Wigan. The stadium wasn't full – there were empty seats. Now there is no way on God’s earth that any team that Rangers play will have empty seats.

"That is what football wants – to bring the money in. Not just to keep banging Rupert Murdoch's door and say we want some more money.

"When you say the English FA and Football League don't want us, when you look at some of these clubs, Portsmouth have gone bust three times in four years.

"Two English clubs have come to me and said: 'Buy us and close us down. Take us for free and take on the liabilities'.

"I have spoken to a number of chief executives from Premier League clubs – and all of them would welcome Rangers.

"Of the people I have spoken to directly, or people on my behalf have spoken to, throughout the leagues – 20 – only two have said no." 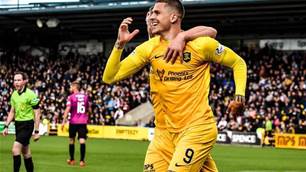 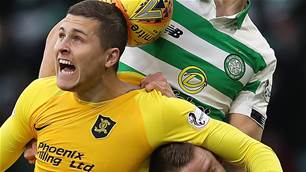