Adelaide United have become the fourth A-League Men side to guarantee their place in the finals after downing Brisbane Roar 2-0.

Adelaide United have locked up a spot in the A-League Men finals after defeating Brisbane Roar 2-0 at Hindmarsh Stadium.

Delivered via goals from George Blackwood and Hiroshi Ibusuki, the three points moved the Reds onto 40 for the campaign; a margin that cannot be overhauled by any team outside the top six.

Carl Veart's side cannot improve their table position in their final regular-season fixture against Western United next Sunday, but they can lock up fourth place and a home elimination final with another win.

Blackwood opened the scoring in the 15th minute on Saturday evening when he met a Craig Goodwin free kick with a glancing header that nestled inside the far post.

With finals football approaching, this lethality from wide balls is something Veart said his side had been honing.

"We know that finals football is very tight and very close," Veart said.

"We've done a lot of work in the last two or three weeks on our crossing and on our movement.

"We've really had a strong focus on that in the last two or three weeks."

But though the Reds created further chances from Blackwood, Lachlan Brook and Ibusuki, an attempt from Roar attacker Henry Hore on the hour signalled a shift in momentum.

"The first half was excellent, that was some of our best football this year," Veart added.

"Second half, the first ten to 15 minutes was good and we just needed to get that third goal.

"Then after that, we made it very difficult for ourselves in the last 30."

Nonetheless, while the Roar increasingly began to ask questions, they were unable to find a goal that would have fostered a dramatic conclusion.

"That's probably the poorest we've been since I've been at the club, that first half," Roar coach Warren Moon said.

"It was better in the second half but the issues we've had in front of goal, we had enough chances there to get back into the game but didn't take them."

How about the composure in traffic!

Still second-bottom, Roar can do Adelaide's home final quest a favour by defeating Central Coast on Tuesday. They then end their season against Sydney FC the following week.

In a boost for the Reds, Veart confirmed that injured duo Kusini Yengi and Michael Jakobsen remained on track to return against Western United. 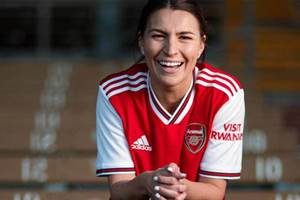 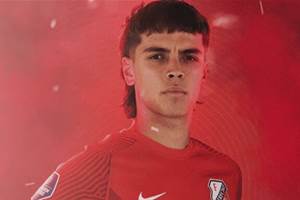 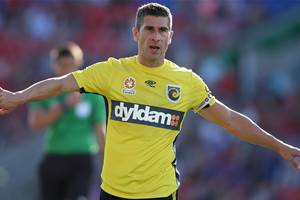 Victory too strong for Reds on road in A-League