Dutchman Gertjan Verbeek has pledged that Adelaide United will play a hard-working, high-quality brand after signing a two-year deal to coach the A-League club.

"I have followed Australian football for a while now and have admired the work ethic and passion Aussies have for the game," he said.

"I am coming to South Australia to improve the quality of football and establish a hungry and competitive team.

"I can promise the Adelaide United fans that our team will be incredibly hard-working and hope to entertain you all with some high-quality football."

A defender during his playing days, Verbeek spent almost his entire career at Dutch first division outfit SC Heerenveen, amassing over 250 appearances between 1984 and 1994.

Verbeek remained with Heerenveen as an assistant coach after retirement before enjoying coaching spells with Heracles Almelo, Heerenveen and Feyenoord.

He then joined AZ Alkmaar where he spent just over three seasons with the club, winning the 2013 KNVB Cup final after beating PSV Eindhoven 2-1.

"Gertjan's history in football is very impressive and to be bringing his experience to Adelaide United will be very beneficial for us and the broader South Australian football community," van der Pol said in a statement.

"His passion and love for the game will not only have positive influences on our senior football, but right across our youth and women's football."

Adelaide was eliminated in the A-League semi-finals by Perth in the recently-completed season via a penalty shootout. 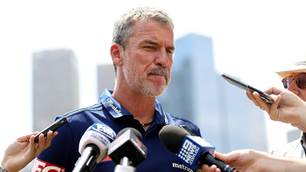 Victory must go back to basics: Kurz