Adelaide United are on the cusp of signing former under-21 German international Daniel Adlung, Germany’s The Bild newspaper reports.

Adlung almost signed with the club last month before getting cold feet - now he is headed to the South Australian captial.

Reds assistant Filip Tapalovic worked closely with the midfielder at his most recent club 1860 TSV Munich.

“He agreed to a contract,’’ Kovacevic told The Advertiser.

“Everything was heading the right way but his wife and he wasn’t keen on the idea of moving to Australia after they just had a newborn.”

“Marco (Kurz) would have liked me very much, but because of our three and a half months old daughter my wife and I decided against it,” Adlung told Sport 1 Germany.

Adlung is believed to be heading to Adelaide in the coming days for a medical. 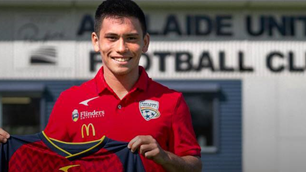