Taylor Regan has tipped his former club Adelaide United for success under Carl Veart, and claims the Reds players didn't like his predecessor Gertjan Verbeek.

Verbeek parted ways with Adelaide in April, with Veart taking the position as head coach.

Regan believes Veart can take the Reds into the semi-finals and improve their defence, and feels that the squad were not happy with the Dutchman.

"I talk to the boys and they like Carl Veart. They didn't like Verbeek - I don't care what they say in the media. They didn't like him. He talked down about Austalian football and he made them feel uneducated.

"And at the end of the day, at a professional level there is only so much you can learn. You can learn but you can't recreate things they've learnt from their whole childhood. He was trying to change people and it exposed people.

"I’ve spoken to players who’ve had Verbeek before. They said they had the same issue with Verbeek, he wants this style where you are accountable for your man [defensively], it’s man for man.

"It’s difficult…He was asking them to do things that they weren’t comfortable with or accustomed to, and that’s why the backline copped goals. So they’ll be fine. They’ll shore that up." 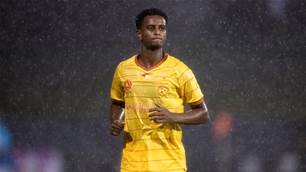