Western Sydney Wanderers defender Josh Risdon appears to have one foot on the plane to Russia after earning praise from Socceroos boss Bert van Marwijk for his display in Friday's 4-0 win over Czechia.

Risdon, who got married last month, played 76 minutes at Australia's problematic right-back position in the victory in St Polten, Austria.

The 25-year-old got forward to play a key part in Mathew Leckie's opener, while he helped the side keep a second consecutive clean sheet, having also started in March's 0-0 draw with Colombia.

Van Marwijk has selected Risdon, Milos Degenek, Fran Karacic and Josh Brillante as his right-back options in the preliminary 27-man squad and offered the Wanderers man praise without prompting post-game.

"I wasn't really surprised but I was very happy with the performance of Risdon," the Dutchman said.

When asked what specifically pleased him, he added: "Everything. His total performance." 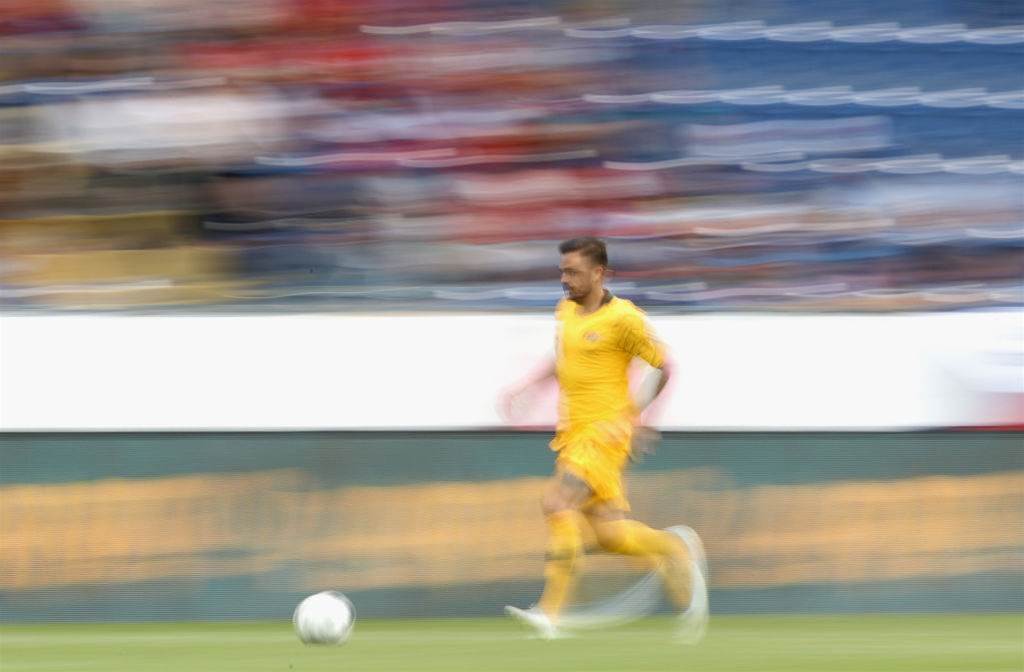 Risdon hadn't played since Wanderers' Round 27 defeat to Adelaide United in mid-April but showed no signs of rustiness.

"I knew in ball possession he can play as a full-back," van Marwijk said.

"Defending he must become much stronger and he didn't play for four or five weeks. He had an individual schedule. He worked very hard every day. He deserved to play there. I see him improve every day."

Risdon was positive in his personal assessment of his own performance.

"I think I did quite well," Risdon said.

"I was a bit nervous going into it. I obviously haven't played in four or five weeks.

"Very pleasing with how I played and how I felt out there. I felt good in my legs and my body. It was very pleasing."

Van Marwijk will cut four players from the current 27-man squad on Monday.