Melbourne-born Mells spent five years in the UK in the youth academies of Chelsea and Southampton.

The 22-year-old, who has represented both Australia and Greece at youth level, departed Adelaide in 2017 and later linked up with Eredivise outfit Fortuna Sittard last year on a one-season deal.

But Mells has now departed the Dutch club without making a first-team appearance and is a free agent.

The central midfielder has played three times for the Joeys and three games for the Young Socceroos.

Fowler is in the middle of a major squad overhaul at the Roar after being appointed in April.

Skipper Matt McKay has retired while imports Henrique and Thomas Kristensen, along with Socceroos Luke DeVere and Brett Holman, have all departed. 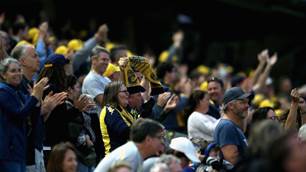 Mariners off bottom of ladder with upset