The charity’s aim is to provide football boots for less fortunate children here in Australia and Liberia to follow their dreams of becoming professional footballers.

Damey was born in Liberia but came to Australia as a refugee when he was 11 and in June last year made his international debut for the country of his birth against Togo.

While travelling around Liberia, the 23-year-old was personally affected by the conditions young footballers had to face and soon after Boots4Liberia was born.

Back in Australia after a stint playing in Kuwait was cut sort due to injury, Damey told FourFourTwo he had no choice but to help young Liberian footballers.

“When I got called to the national team I hadn’t been to Liberia since I first migrated to Australia as a refugee,” he said.

“Playing football in Australia changed my life. So when I went back to my country for the first time I saw people who loved the game and lot of kids who were top players that were never going to reach their potential.

“A lot of them weren’t wearing any boots. They didn’t have the proper footwear; these kids are in the same boat as me but the resources and luxuries they have are so limited to what I had.

“After the Togo game, I went around the country for one or two days and saw some local matches and I couldn’t leave without doing something about.”

Damey said having a major superstar of world football feature in the "football changes lives" campaign was a massive boost for his charity.

“Roberto Carlos is a big sporting figure and to have him in the video it means everything,” said the young striker.

“When I explained that I wanted to create awareness on an international scale so I could get a lot of people involved he was more than happy to show his support and get behind it.”

Along with Carlos, Damey revealed that Adelaide United star Tarek Elrich and his brother Ahmad also supported Boots4Liberia and so did another major A-League star.

“I even had Brisbane Roar player Fahid Ben Khalfallah donate a bag of boots to me the other day,” he said.

“I didn’t reach out to him he reached out to me." 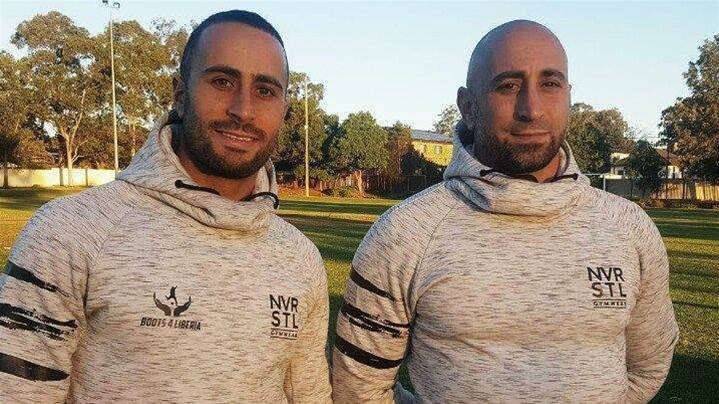 NPL clubs Nunawading City and Bendigo City are on board and Damey said they provide 20 pairs of boots to the charity every year.

“These boots are then given to football clubs in the Liberian third division that need this service,” he explained.

“Last year I sent second hand boots but this year I contacted Premier Sports who work in conjunction with Puma and they give us 50-60% off all of their footwear.

“We now have a sponsorship agreement with www.neversettlegymwear.com. Every sale that is made on their website with the code boots4liberia sees them give us a percentage of the sale and that money is then used to buy boots from Premier Sports.

“I found that with anything for a good cause, people support it. That’s why I started this because people out there are willing to help those who are in need of this service.

"I also have a sponsorship agreement with New Zealand company Swiftmortgages.co.nz and they also provide 20 pairs of boots every year."