Brazil legend and proposed South Melbourne coach Roberto Carlos has been sentenced to three months in prison for delaying child support payments to a former partner.

The 44-year-old World Cup winner owes approximately 61,000 Brazilian real (AU$19,200) to ex-partner Barbara Thurler, who is the mother to their two children.

It has been reported, the ex-Real Madrid left-back is facing financial difficulties and wanted to pay the debt in instalments. 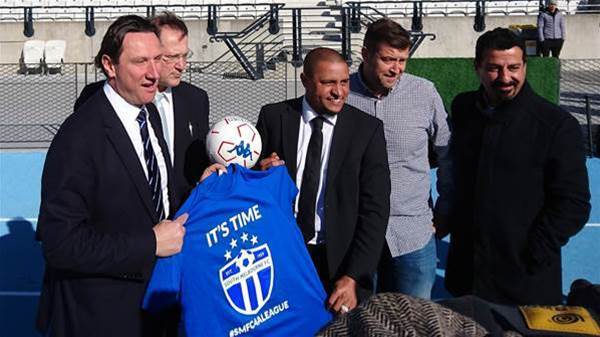 South thought they had their man in May

Carlos' lawyer Fernando Pittner has said the matter could be settled without his client needing to go to prison.

In May, A-League hopefuls South Melbourne announced that Carlos would be their head coach should they be admitted to Australia's elite level, however this matter may affect any deal.

The four-time La Liga winner has spent time coaching Turkish clubs Sivasspor and Akhisar Belediyespor, along with Anzhi Makhachkala in Russia and the Delhi Dynamos in India.

He is currently expecting his ninth child with current wife Mariana Lucon.