Attacking midfielder Logan Rogerson has revealed his penalty taking strategy is to keep the goalkeeper, and himself, guessing.

The 19-year-old international provided one of the bright spots in an otherwise dire outing for Wellington Phoenix, earning and converting a late spot kick in a 3-1 loss to Adelaide United at Coopers Stadium on Friday night.

Rogerson, who came off the bench on the hour, is now two goals from six appearances after scoring last Sunday against Brisbane Roar.

But it almost went horribly wrong when the Nix man went straight down the middle - goalkeeper Paul Izzo coming close to saving the effort with his legs before the ball flew into the net.

Rogerson admitted there was no pre-planning.

“Well to be honest, if I don’t know where it’s going then the  keeper doesn’t know,” he told Fox Sports. “I’m going to stick to that theory.”

The Kurz factor: 'He give me so much confidence' 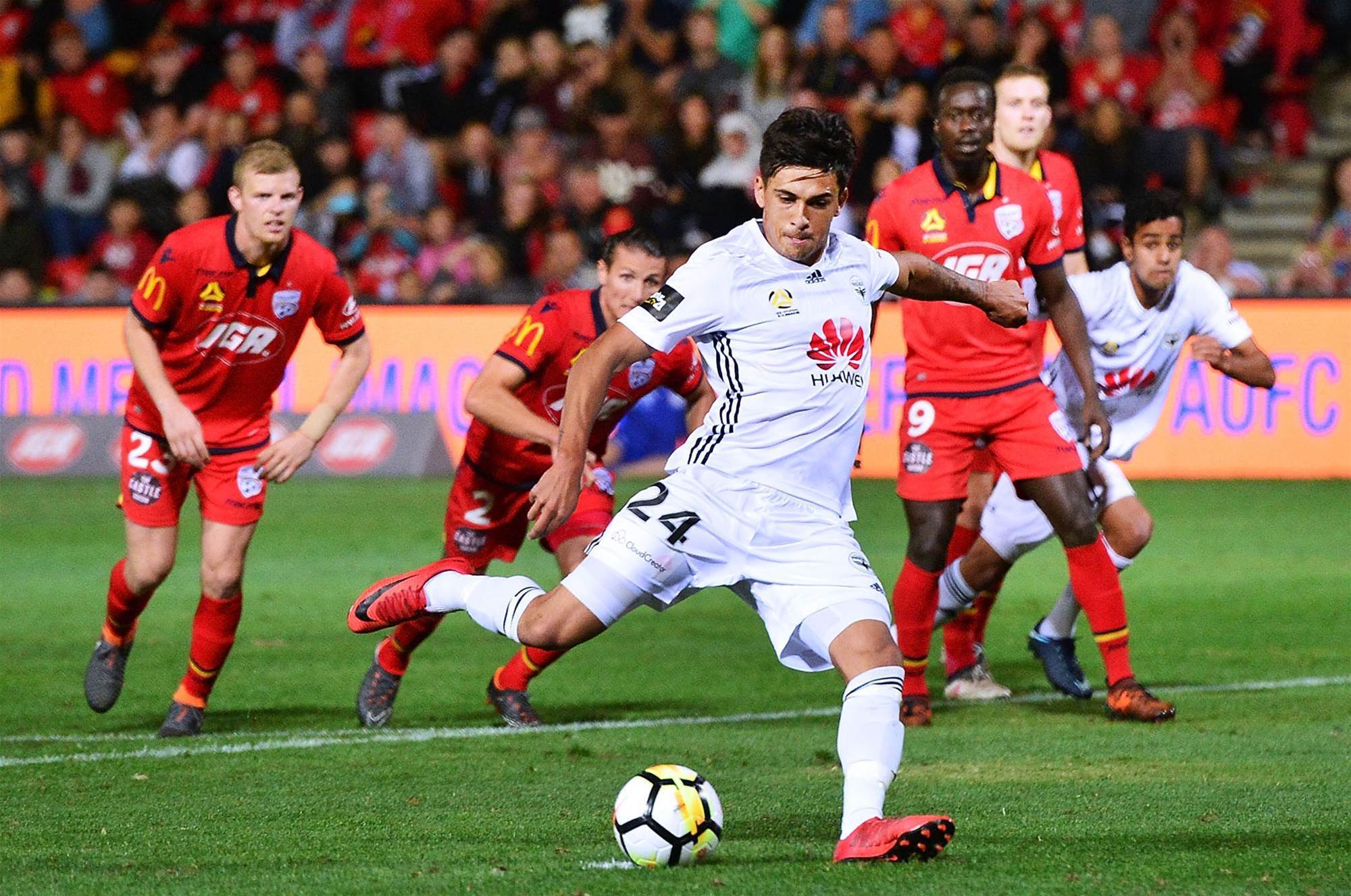 Adelaide were already three goals up when Ersan Gulum brought down the Phoenix player in the box and Rogerson had to fend off some of his more experienced teammates to take the spot kick.

“I just want to get on the field and add a little bit of my own kind of flair and when I won the pen I thought why not,” Rogerson said.

“If I never took that pen I probably wouldn’t have been able to sleep tonight.”

📺: Watch the second half of #ADLvWEL LIVE on Fox Sports 501. pic.twitter.com/KHnNpcFKV6

Wellington will feel aggrieved they weren't awarded a first half penalty when Nathan Burns appeared to be brought down in the box by Ben Garuccio.

But the visitors were perhaps fortunate that an irate Roy Krishna wasn't sent packing for grabbing the arm of referee Peter Green.

Phoenix were down a goal at half time after Johan Absalonsen broke the deadlock in the 42nd minute followed by two quick fire goals just after the hour by Garuccio and Nathan Konstandopoulos.

Rogerson said of the second half: “We changed formation to a little more attacking.

“At the end we introduced wingers into the game and we just got caught out on the counter attack. Adelaide put away their chances so credit to them.”

The result fires Adelaide into the top four, momentarily at least, while Phoenix firm for the wooden spoon.