Rogic would have passed the 50-cap barrier had he played for the Socceroos in June's World Cup qualifiers, but has instead decided to focus on Celtic Park.

The Australian playmaker has started just 10 games for the Hoops this season after blocking a transfer move to the Middle East in the offseason, which Celtic had accepted.

But Rogic has traditionally found it very hard to recouperate from injury setbacks after national team duty, a pain that many Celtic coaches have in the past lambasted Australia for.

Socceroos coach Graham Arnold told Scotland's Daily Record: "Tom Rogic has a minor ankle injury to deal with and the only time he can get properly fit is now.

"He's hoping to use the close season to prepare for Celtic's European games. It won't be held against him in future."

Rogic has made a further 13 appearances from the substitutes bench this season, and wants to work his way back into the Celtic lineup as the club is expected to appoint former Bournemouth boss Eddie Howe in coming weeks.

The Socceroos will also be missing Aaron Mooy, leaving a notable lack of experience and playmaking expertise in midfield. 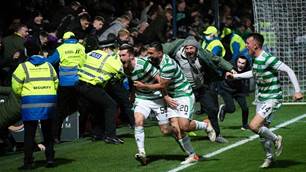