Cristiano Ronaldo scored on his return to Champions League action for Manchester United, but reduced to ten men they have been beaten 2-1 in Switzerland.

Christiano Ronaldo scored, inevitably, but despite his third goal in two appearances since his return to Manchester United they have suffered an opening day Champions League defeat.

United only have themselves to blame as first Aaron Wan-Bissaka was sent off, then Jesse Lingard's backpass gifted Young Boys of Berne an injury-time winner

Ronaldo's 13th-minute goal followed a superb pass from Bruno Fernandes with the outside of his boot, Ronaldo opening his body to steer the cross first time through David von Ballmoos' legs.

It was the perfect start to his 177th Champions League appearance, matching the record set by former Real Madrid team mate Iker Casillas.

United looked comfortable until Wan-Bissaka was shown a red card for lunging into Christopher Martins in the 35th minute.

Young Boys exerted increasing pressure and levelled in the 66th minute when Nicolas Moumi Ngamaleu turned a right-wing cross past David De Gea. Despite being penned back United appeared to have held on for a point only for Jordan Siebatcheu to run onto Lingard's wayward pass and score with the last kick of the match.

The other early kick-off was a match of four penalties with hosts Salzburg awarded three, all given for first-half fouls on Karim Adeyemi. However, he missed one while fellow teenager Luka Sucic scored one and missed one.

Ivan Rakitic equalised for Sevilla from their penalty in a frantic first period. The second half began in similar vein with Sevilla reduced to ten in the 50th-minute after Youssef En-Nesryi got his second booking for simulating a foul in the area. However, that was the end of the drama. 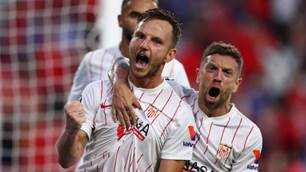 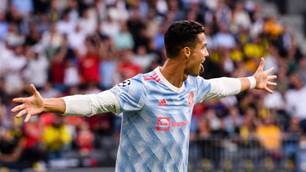