Cristiano Ronaldo has scored on his return to Champions League action for Manchester United but the 10-man Red Devils were stunned 2-1 by Young Boys.

Young Boys have pulled off a shock 2-1 home win over 10-man Manchester United with a stoppage-time goal from Jordan Siebatcheu to get their Champions League campaign off to the perfect start.

Cristiano Ronaldo had fired the Red Devils, last season's beaten Europa League finalists, into the lead in the 13th minute - to mark his record-equalling 177th appearance in the competition to sit alongside former Real Madrid team mate Iker Casillas.

The Group F match, though, changed in the 35th minute after a red card for United full-back Aaron Wan-Bissaka for a rash challenge on Christopher Martins Pereira.

The Swiss side rallied to equalise through Nicolas Moumi Ngamaleu in the 66th minute.

Just when it seemed United were set to hold out, Siebatcheu latched onto a stray back pass from Jesse Lingard to fire Young Boys to victory, sparking wild celebrations.

Remo Freuler gave the Italians the lead in the sixth minute, but Manuel Trigueros hauled the Yellow Submarine level shortly before halftime.

Villarreal weht ahead through Arnaut Danjuma in the 73rd minute only for Robin Gosens to earn Atalanta a point.

Romelu Lukaku continued his impressive form with a crucial breakthrough with 20 minutes left when he headed in Cesar Azpilicueta's deep cross.

Juventus laid down a marker with a 3-0 win at Malmo.

Alex Sandro's 23rd-minute header opened the scoring, Paulo Dybala added another from the penalty spot just before the break, before Alvaro Morata fired in a third.

Thomas Muller's deflected effort put the Germans in front in the 34th minute.

Lewandowski then scored for the 18th game in a row in the 56th minute after the ball came back off the post.

The Poland striker grabbed his second five minutes from time when he knocked the ball in after Serge Gnabry's shot had also hit the upright.

Dynamo Kiev and Benfica drew 0-0 in the group's other game.

In Group G, there were four first-half penalties as Sevilla drew 1-1 with Salzburg at the Ramon Sanchez Pizjun, having played most of the second half with only 10 men.

Salzburg were awarded a spot-kick in the 13th minute when Karim Adeyemi was fouled by Diego Carlos - but the forward then dragged his penalty wide.

Luka Sucic showed his teammate how it should be done when he converted his penalty in the 21st minute after Adeyemi had been bundled over again.

The 19-year-old midfielder, though, struck the post with Salzburg's third spot-kick, awarded in the 36th minute following another foul on Adeyemi, this time by goalkeeper Yassine Bounou.

Sevilla equalised shortly before half-time with a penalty of their own from Ivan Rakitic.

The Spaniards had forward Youssef En-Nesyri sent off for a second caution five minutes after the restart, but held out for a point.

It finished goalless between Lille and 10-man Wolfsburg - but there was late drama after a penalty for the French side deep into stoppage-time was overturned by VAR. 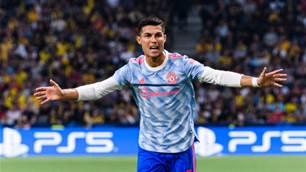