Two overseas Aussies were in action for their clubs as the AFC Champions League returned last week, while Nikita Rukavytsya chalked off yet another goalscoring milestone and a pair of Socceroos met in Scotland.

Aaron Mooy faced his hometown club at the end of last week, helping himself to an assist for Shanghai SIPG in a 2-1 win over Sydney FC before playing a part in another 2-1 success, this time against Jeonbuk Motors, three days later.

In Europe, meanwhile, goalscoring sensation Nikita Rukavytsya has now gone more than three months since failing to find the back of the net for Maccabi Haifa.

And there was a Socceroo showdown in Scotland as Martin Boyle and Tom Rogic lined up against one another for Hibernian and Celtic respectively in the Scottish Premier League.

As with just about every competition around the world this year, the AFC Champions League has been severely disrupted by the coronavirus pandemic.

But last week, for the first time since March, west region nations returned to action to determine who will face east region semi-final winners Persepolis, of Iran, in the competition’s final on December 19.

Thursday evening saw Sydney face Shanghai SIPG, with the Australian side’s eighth-minute opener cancelled out in the second half when Aaron Mooy crossed brilliantly for Li Shenglong to nod home. The Chinese forward then bagged a winner 11 minutes from time. 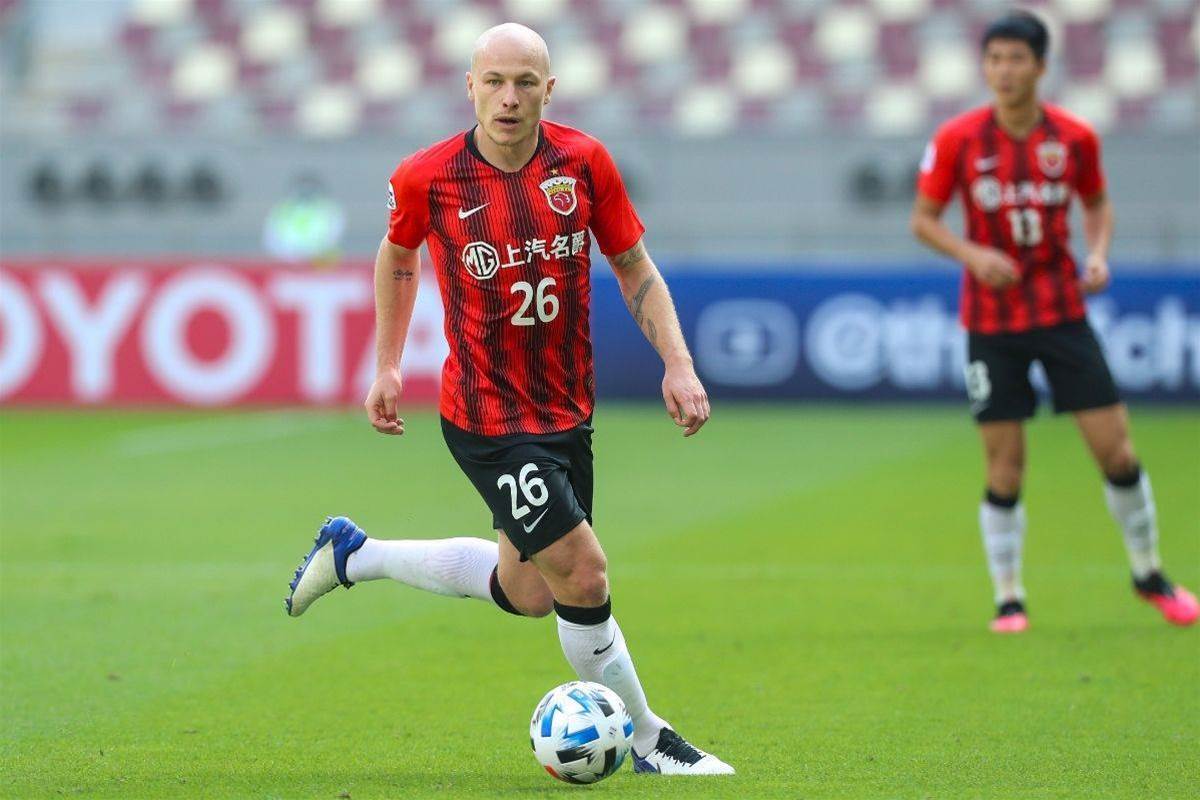 Mooy again featured three days later, this time coming on as a half-time substitute with Shanghai drawing 1-1 with Korea’s Jeonbuk Motors, before an 82nd-minute penalty from Hulk gave Mooy’s side a second 2-1 win in a row.

Meanwhile, Ulsan Hyundai are top of Group F after a 3-1 in over Shanghai Shenhua, with Jason Davidson playing 86 minutes – at which point Ulsan had yet to concede – before making way for Park Joo-Ho.

Although it’s early days, there remains a possibility that Mooy and Davidson could square off in the quarter-final if both of their teams qualify from their groups and win their last 16 ties.

Despite ending on the losing side for the first time in the league this season, Nikita Rukavytsya continued a goalscoring run of form that we’re fast running out of superlatives for.

He and his Maccabi Haifa teammates lost 2-1 to city rivals Hapoel Haifa, but it was the Ukrainian-born Socceroo striker who was on the mark for his side, scoring from the penalty spot after 84 minutes to equalise.

However, a 91st-minute winner gave Hapoel a first league win of the season and Maccabi a first defeat.

For Rukavytsya, though, his scoring run continues to the point that you now have to go back almost three and a half months, to August 13, to find a game in which he failed to find the net. 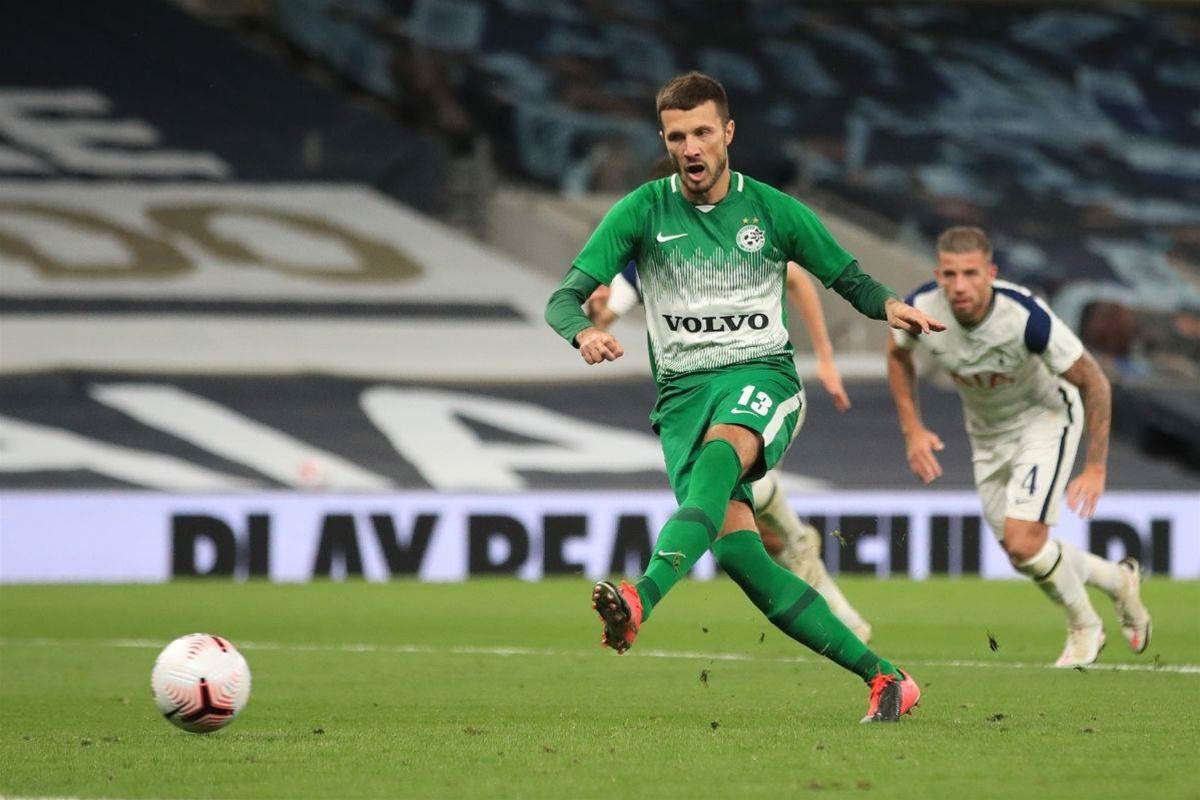 Rukavytsya scored a penalty against Tottenham Hotspur in the Europa League earlier this season, one of 12 strikes in his last 10 games

Since then he’s scored in 10 successive games in all competitions, registering 12 strikes along the way, including seven in just four league outings and four from four Europa League ties.

And yet somehow, the forward has a record of just one goal in 18 games for the Australian national side. Expect that to change if he’s called up for the World Cup qualifiers in March.

Martin Boyle and Tom Rogic had to settle for a share of the spoils as the two faced off in Hibernian’s meeting with Celtic on Fright night Scottish time.

Boyle played a pivotal role in earning Hibs the lead when he was bundled over in the box by Celtic captain Scott Brown to gift his side a penalty. Kevin Nisbet’s spot-kick was saved, but Jamie Murphy converted the rebound.

Seven minutes later, Nisbet made amends, racing in behind to rifle home a second for the hosts. 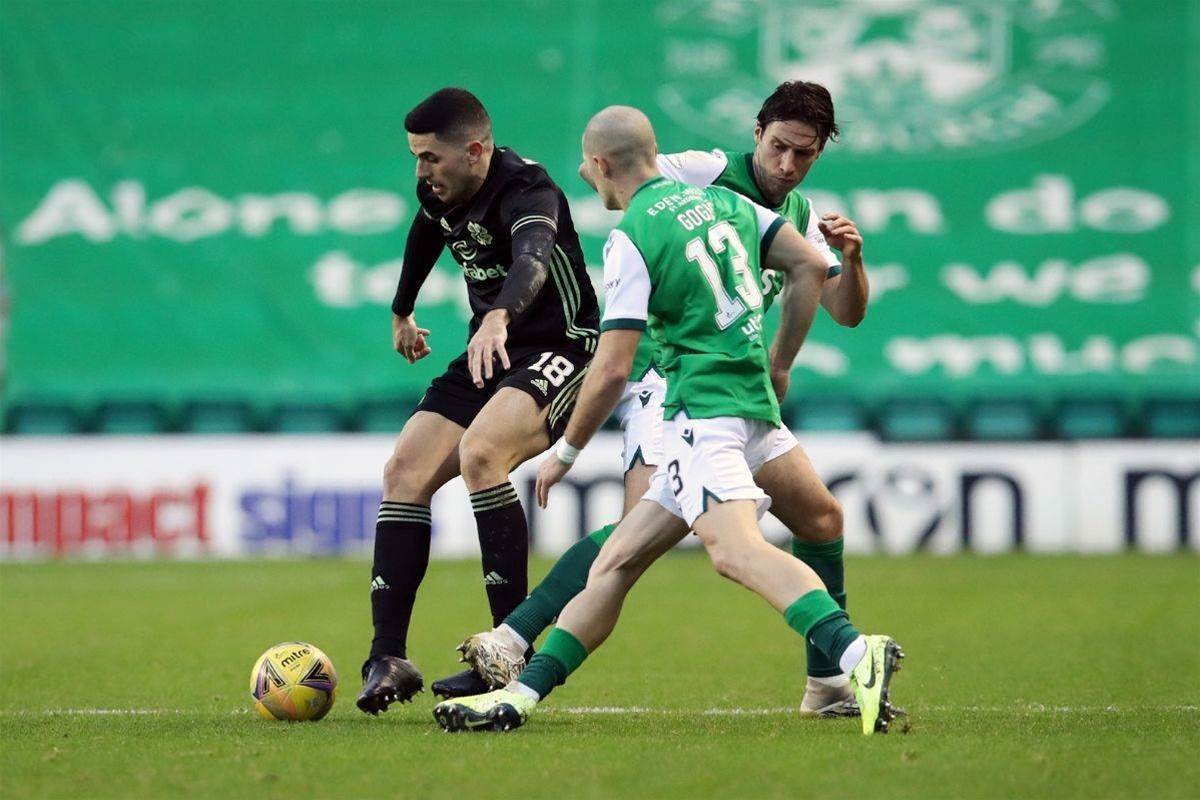 Rogic retaining possession against Hibernian at the weekend

Rogic then tested the Hibs goalkeeper as the visitors searched for an equaliser, which eventually came their way on 91 minutes when Diego Laxalt lashed home to seal a 2-2 draw.

Celtic remain second as a result, with Hibernian five points behind – having played an extra game – in fourth.

- Brighton and Hove Albion won at high-flying Aston Villa, with Mat Ryan playing the full game in a 2-1 win for the visitors. Ryan made a couple of good saves, as well as a very unorthodox one with his feet, to limit free-scoring Villa to just one goal.

- There was an assist for Harry Souttar in a seven-goal thriller as Stoke beat Huddersfield 4-3 in the Championship. Souttar teed up Sam Clucas for a brilliant fourth goal for the Potters but conceded three goals for the second time in three league games.

- Massimo Luongo was subbed off after just over an hour in Tony Pulis’s first game in charge of Sheffield Wednesday; a 1-0 defeat at Preston North End.

- And on Friday night, Riley McGree played 59 minutes for Birmingham City in a goalless draw at Coventry City.

- In League One, Callum Elder bagged an assist for the third game in a row in all competitions, setting up Josh Magennis’s goal in a 3-1 win for Hull City over Milton Keynes Dons to send the Tigers top.

- Sunderland’s Bailey Wright missed out on a clean sheet by a matter of seconds. The defender was unlucky to get the ball caught in his feet for Doncaster’s equaliser on 93 minutes in a 1-1 draw away from home.

- Goalkeeper Ashley Maynard-Brewer was again an unused substitute for Charlton Athletic in a 1-1 draw at Gillingham.

- There was no third goal in as many games for loanee Matthew Millar at Shrewsbury Town, as his side lost 2-1 at Ipswich Town.

- There was a booking for Kenneth Dougall after 44 minutes for Blackpool against Peterborough United, but his side bagged a last-minute winner to take all three points with a 2-1 victory.

- Burton Albion remains rooted to the bottom of League One after a 3-1 loss to Northampton Town, in which Ryan Edwards played the first half.

- Oldham Athletic leaped six points clear of the relegation zone in League Two after George Blackwood scored his second goal for Harry Kewell’s men in a 2-1 win at Exeter City.

- In Scotland’s League One, Aaron Lennox was in goal for Montrose’s 3-2 loss at Clyde, and in League Two Willam Baynham played 62 minutes for top-of-the-table Queen’s Park in a 3-0 win over Brechin City.

- Josef Faux scored his first goal of the season for Cefn Druids in Wales, pulling one back for the league’s bottom-placed club in a 2-1 defeat to second placed Connah’s Quay.

- Entering the fray with his side already 4-1 down, Mathew Leckie played the final 14 minutes of Hertha Berlin’s 5-2 defeat at home to a rampant Borussia Dortmund in the German Bundesliga.

- In the second tier, Brandon Borello was substituted at half-time after being booked for Fortuna Dusseldorf in a 1-0 win over Sandhausen. And Jacob Italiano played the second half of Borussia Monchengladbach II’s 0-0 draw with Lippstadt in the Regionalliga.

- Utrecht loanee Daniel Arzani remained on the bench for the fourth time in eight Eredivisie games this season, this time in a 1-1 draw at PEC Zwolle. He has managed just 58 minutes of league action so far this season.

- For the first time since joining Den Bosch last season, Lambert twins Declan and Ryan played 90 minutes alongside one another in a 2-2 draw with Ajax’s under-21 side in the Eerste Divisie.

- FC Midtjylland overtook SondersjyskE at the top of the Danish Superleague after the former won 2-1 at AGF, with Awer Mabil featuring in the final 26 minutes. SondersjyskE, meanwhile, needed a last-minute equaliser to draw 1-1 at OB, with Lawrence Thomas playing throughout.

- James Holland was booked three minutes after coming on for LASK just after the hour mark in a 1-1 draw at Hartberg in the Austrian Bundesliga.

- So too was Trent Sainsbury yellow-carded for Kortrijk in the Belgian Pro League, as his side lost 1-0 to current leaders and reigning champions Club Brugge.

- Meanwhile, Danny Vukovic featured for Genk in a 4-1 win over bottom-placed Excel Mouscron to move up to third place.

- In Italy, Gabriel Cleur was an unused substitute in Virtus Entella’s 1-1 draw at Ascoli in Serie B. As was Alberto Del Grosso in Lecco’s 3-2 win over Pergolettese in Serie C, while Nicholas Pennington played a full game for Olbia in a 3-0 defeat to Carrarese in the same division.

- Anthony Carter was withdrawn after 57 minutes in Academico Viseu’s 3-2 win over Monaltegre in the Portuguese Cup.

- Ante Bakmaz played 90 minutes at the back for Comuna Recea in a 2-0 defeat to Metaloglobus in Romania’s second division.

- Aris remain level on points with Olympiakos at the top of the Greek Super League after a 1-0 win at Panaitolikos, with James Jeggo playing a full game for the victors. Meanwhile, his brother Luc was an unused substitute for Bryne in a 2-1 win over Egersund in the Norwegian second division.

- Unable to follow up on his hat-trick last time out, Deni Juric drew a blank for Sibenik as his side went down 3-1 to HNK Gorica in the Croatian top-flight.

- Nagoya Grampus solidified their grip on third place in the J1 League, with Mitchell Langerak featuring between the sticks in a 3-1 win over Shonan Bellmare.

- And Thomas Deng bagged an assist for Urawa Reds, heading across goal to tee up Tomoaki Makino to open the scoring for the hosts against Gamba Osaka. However, his side went on to lose 2-1.

- In Japan’s second tier, Jason Geria was booked late on in JEF United’s 1-0 defeat to V-Varen Nagasaki, while Pierce Waring played the first half of Cerezo Osaka under 23s' 1-1 draw with Roasso Kumamoto in the third tier.

- Midfielder Connor Chapman played 90 minutes for Daejeon Dana Citizen as his side lost 1-0 to Gyeongnam, which overtakes the visitors and moves into third place in South Korea’s second tier.

- After being on the losing end of a 7-1 drubbing in his last league outing, defender Shane Lowry helped his Al Ahli side keep a clean sheet in a 2-0 win over Umm Salal to remain just a point behind league leaders Al Sadd in the Qatari Stars League.

- Indian-based Australian trio Jordan Murray, David Williams and Bradden Inman were in the mix as Kerala Blasters lost 1-0 to ATK Mohun Bagan in the Indian Super League opener. Williams came on for the visitors’ goalscorer Roy Krishna on 82 minutes, while Inman was an unused substitute, and Murray played the final 15 minutes for the hosts.

- James Donachie and Erik Paartalu squared off as Goa drew 1-1 win Bengaluru, with Donachie subbed off after 65 minutes and Paartalu playing the full game.

- And in another season curtain-raiser, Jared Lum played the last 20 minutes of Eastern SC’s 5-0 win over Resources Capital in Hong Kong.

-  Kearyn Baccus remained on the bench for Kaizer Chiefs in a 2-2 draw against Golden Arrows in the South African Premier Division.

- Zachary Anderson played 90 minutes for Hougang United in a 2-0 defeat to Geylang International in the Singaporean Premier League.